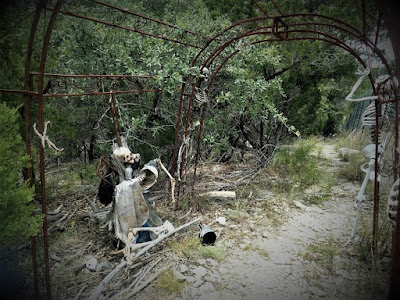 But wait let me step back a moment. In yesterdays blog, I covered my first stop this morning at the Oakwood Cemetery in Austin, Texas, highlighting some of the historic occupants there. But what I didn't tell you was that I was also collecting clues for the milestone geocache. I had my sights set on making the Necropolis of Britannia Manor III (GC2B034) my 10,000 cache find.

Necropolis of Britannia Manor III is the second most favorite cache in Texas, and that's because the top spot is held by the oldest cache in Texas with a ten year head start. The Necropolis is a multi-stage story with eight chapters. It takes several hours to complete which leads you to an amazing final. The whole thing is an adventure onto itself. It's the only geocache I know of that even has it's own Facebook page!

So there are a few more caches I needed to find before getting to number 10,000, so as I was going around town I found a few more along the way. After leaving the cemetery, I grabbed a cache there on the corner of MLKjr and I-35 called Moonlight Tower #18 RIP (GC2MHWJ). It was one of the locations of the 1895 lighting tower project. Thirty-one lighting towers standing over 150+ feet tall illuminated the growing city. Only 15 remain standing, but not the one at this location. 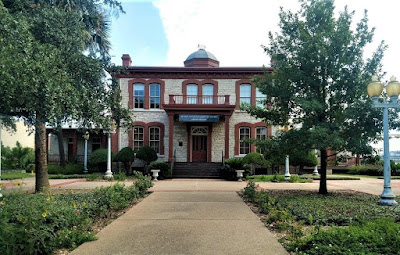 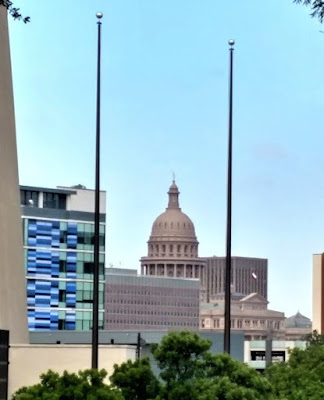 I was passing by Mount Bonnell along the Colorado River where I stopped to take in the views and also grabbed a virtual cache (GC1436) and an earthcache (GC1WHVV). 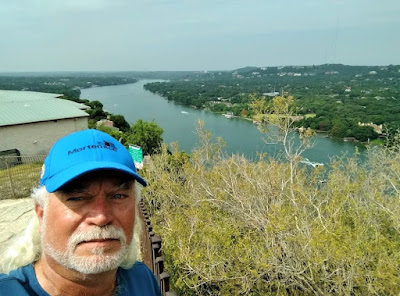 Five more quick roadside geocaches and a local four-legged muggle watching nearby. And I've made all the necessary stops and gathered all the clues needed to take me to the final destination: the Necropolis of Britannia Manor III. 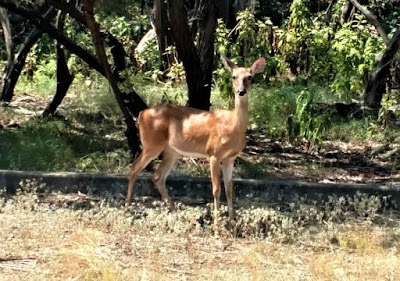 So I've tried not to give away any answers or clues for the stages. There's just a short walk from the parking area to the GIANT Geocache container. Along that walk you'll find many ghoulish displays and items to dare you to continue your journey. They say this one is best to do just after sunset, but I didn't have the luxury of doing that. But I'm sure this would rival many a haunted house. I'll leave you with just a few photos of what you'll find along the way as well as a pic of the Final Container. I took a video of the inside and was debating on posting it here as well. But I'll leave that as a surprise to you. If you ever find yourself in Central Texas anywhere near Austin, this is a MUST DO BUCKET LIST Geocache to find! And it forever marks my 10,000th find! 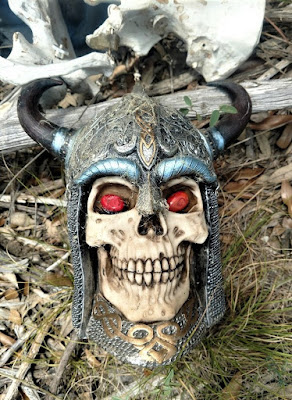 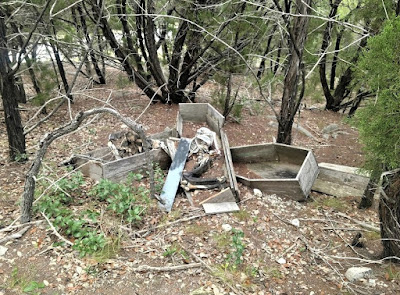 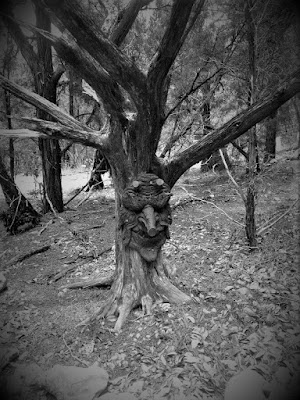 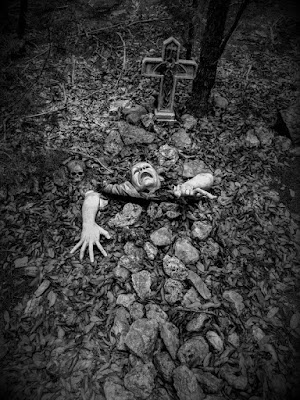 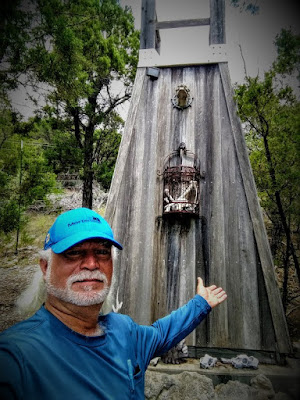