So today's the day to hit the road and drive back to West Texas. And of course this won't be a boring I-10 forever non-stop westbound trip. No way. I just can't take a road trip without Geocaching and sightseeing. Plus there's another opportunity to pickup some new Geo-Counties! So I'll be taking the scenic byways of US-84.

I woke up just after 5 AM, gathered my things and quickly hit the road. From Umatilla, Florida heading north on SR-19 through the Ocala National Forest, west on SR-40 and over to I-75 northbound to Georgia. First on my Geocaching county list was Echols County, Georgia. 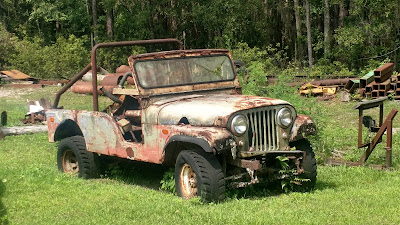 Non-stop express driving all the way up to US-129 in Jasper, FL, taking that exit to head directly north into Echols County. Now when most people travel they book a flight because it's all about the destination. I prefer to drive because it's more about the journey. The destination will be there all the same, but on a journey there's much more to discover. While passing through Jasper, I spotted this old forgotten rusty Jeep sitting out behind this business among other piles of scrap metal objects. Something about the sadness in the way it looked caused me to slow and make a u-turn for a photo capturing that moment and emotion.

Crossing the border into Georgia and Echols County, there were three caches along the route and I needed to find at least one to achieve the "Found County" status.  The first cache (GC4CJNF) on my list was located at the Echold County Museum and Statenville's oldest house. A combination of No Trespassing signs, fenced in property, and the neighbors outside getting ready for a July 4th BBQ, and I decided to skip this one and move on. It has since been archived.

Second on the list was "Down by the Riverside." (GC5Q27T) Just out on the west side of Statenville along the Alapaha River is a boat ramp and my next cache location. After spending about 10 minutes looking without any luck, I gave in and walked down by the riverside for some photos of the calm muddy waters. Two down, one to go. 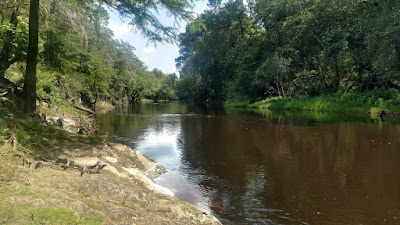 The last cache along the way and my last hope for a find in the county was a Country Cache (GC5DBXA). Stopping along the road side, I quickly saw the spot that looked like it might have had a cache placed there but without a container. I continued looking around just in case, swatting away mosquitoes on this humid day, hoping that maybe I just overlooked it. But in the end I had to drive away without a smiley, leaving Echols County still unfound. Strike three, I'm outta there.

The next county was Lowndes County where I-75 runs through Valdosta. Having already cached here, I drove through to save some time. It was there in Valdosta where I picked up highway US-84 for my long journey westbound.

Brooks County was next in line where a quick stop at Quitman's Hangout cache (GC39155) gave me my first caching find and first new caching county for the day. Hopefully this would be the beginning of a caching streak! 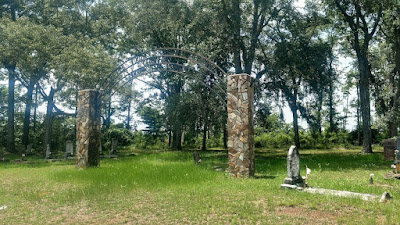 Continuing west on US-84, I skipped through Thomas County having found a cache there on a previous road trip, I arrived into Grady County. Before I arrived at my next Geocache, I passed by this old small roadside cemetery and just had to pull over to explore. It was the Lester Poulk Braswell Pearce Cemetery. There are 60 interments there with many unknown graves that no longer have any readable markings on them. The oldest known grave is that of a Rev Mann Dutton who died in 1857 at the age of 61. I found an article that said as recent as 2001, this cemetery was so overground with weeds and vines that it took two hours just to walk through and find all the graves. Glad someone has cleaned it up.

A few miles down the road was another cemetery and my next county cache (GC26MCP). Dr. Joseph Griffin was a black physician. In 1935 he began practicing medicine in Bainbridge, Georgia. He built a 50 bed hospital and established the Southwestern Medical Society. In honor of south Georgia's first black physician, the Dr. Joseph H. Griffin Memorial Gardens was created in Grady County. 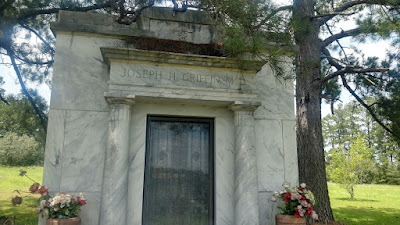 Another quick cache find in Decatur County (GC152M9) and I was off to the next one. A short detour to the north up into Miller County and a bridge cache (GC5RNRN). Just down from the bridge was this old church and another cemetery. The cemetery is still in use today. I did see this one dead tree that inspired a photo. 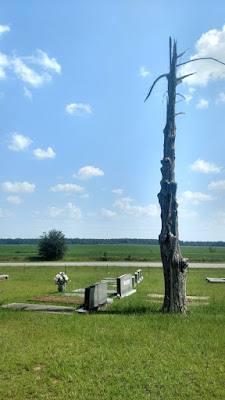 After the short detour, I made my way back south to US-84 and into Seminole County to find my next quick cache (GC5Y3A8).

For the last county in Georgia, it was off to picturesque Howard's Mill in Early County (GC27247). I couldn't find anything on the history of the mill. Though it appears to be used as a private home or for special events now. 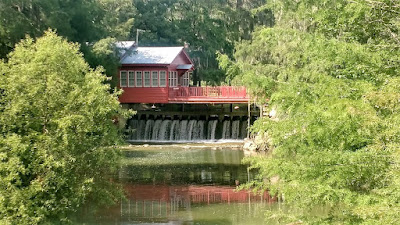 Arriving in Alabama, the first two counties were Houston and Dale Counties. I had already found caches there so it was another chance to make up some time breezing through. Next on the list was Coffee County and the town of Enterprise, AL. By this time it was getting late in the afternoon and surprisingly this was the only town that was having a 4th of July celebration around the town square. There was a carnival setup in the square and it appeared that the whole town may have been in attendance.

I had three caches on my radar there. The first being a virtual cache (GCAC2D) located at a statue on Main Street as you enter the downtown area. I can't say much more about it because I'd be giving away some answers you need to claim the cache. 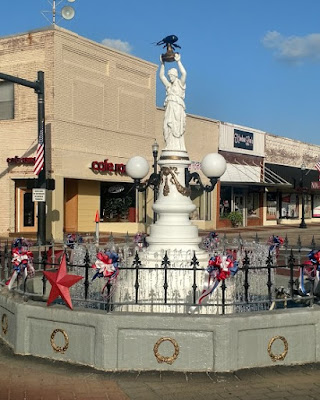 The second cache on my list was at the old train depot (GCT3MX) built in 1903. The first freight shipments and passengers came here on the Alabama Midland railroad in 1898 immediately after construction of the roadbed. That was also the year when most of the brick business buildings downtown were completed.

The one that caught my eye was the Rawls Hotel. This original two-story brick structure also built in 1903 by Japeth Rawls, developer of some of the earliest turpentine plants in Coffee County. This building was remodeled in 1928 and three-story wings added by Jesse P. Rawls, founder of the first electric power system in Enterprise. The Rawls Hotel was the center for business and social gatherings until its closing in the early 1970's. 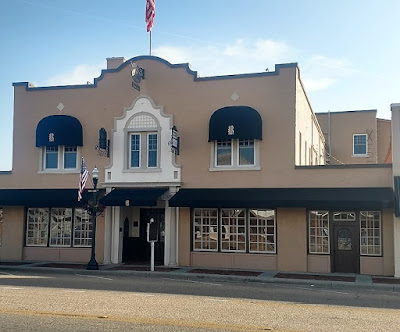 My last cache to see in Enterprise was at the old jail (GC2FKAY). Unfortunately it was closer to the town square and busy with people coming and going for the festivities. And me being in a large U-Haul, I figured it be best to just pass on this one until next time in the area.

Covington County was the next to enter and my last cache of the day. It was just a quick and easy WalMart cache (GC24TFV).

I ended the day in Evergreen, AL after 431 miles of driving. Claiming some new counties for my Geocaching list, seeing some sights, and learning some history. Tomorrow is a new day. I hope to make it across and into Texas, but there's still 1300 miles to get all the way back. At least halfway would be good.