2019-06-30: Geocaching My Way to Munday, Texas via a Couple Cemeteries and a Ghost Town

Hello friends, travelers, geocachers and visitors. Welcome to another one of AwayWeGo's Geocaching Adventure roadtrip blog posts. Today's story is another one of my Sunday drives from Killeen, Texas to my work home of Munday, Texas. Along the way, I'll be finding some geocaches and some history to share with you along the Texas backroads. As always, the passenger seat is open in the GeoJeep. Saddle up, grab you cowboy hat and gun (this is Texas), and let's go! 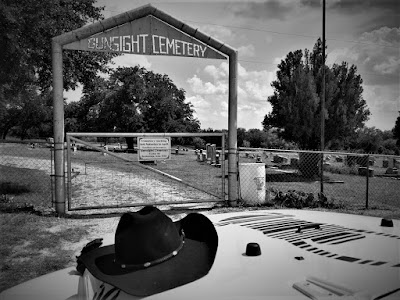 My first stop wasn't very far down the road. Just a quick roadside geocache (GC1G339) in Kempner to start the day off. Nothing here to see, just one for the numbers.
Up next though was a cemetery geocache down a very rural county road. This one hadn't been found in nearly three years. Center Cemetery (GC1HECB) is located east of Lometa and was established in 1866. C.C. Carter was a Private in the Lampasas County Minute Men Confederate States Army. He survived the war but was killed by Indians a year later. I made it harder than it was because of the previous DNF's, but the cache was there and I found it after all this time. 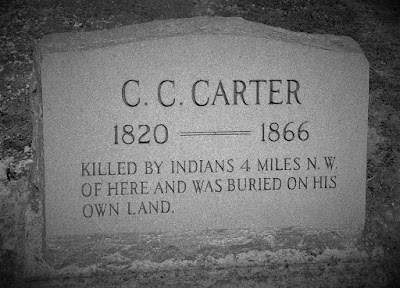 And then there's the Ivy Family. Imagine this family showing up on Family Feud! Only one guy smiling, top row center. Life was rough back then! 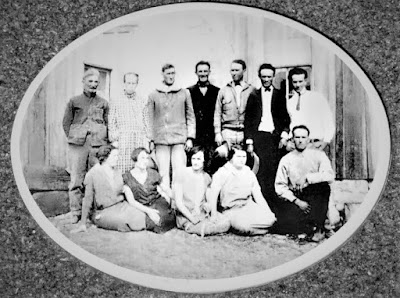 Two more nearby, very rural, very lonely geocaches which hadn't been found in nearly five years. I gave them a shot, but they were indeed gone. (GC1CKQ5, GC19407)
Moving right along and passing plenty until I get to the northside of I-20, I finally make a stop for another geocache off US-183 between the towns of Cisco and Eastland. The Bedford Cemetery (GC1K7YT), according to the Find-A-Grave website contains just 19 burials dating from 1897 to 1966. This is an old forgotten very rural cemetery that most of the time goes unmaintained. That was the condition in which I found it. Many of the headstones barely stuck out above the weeds. 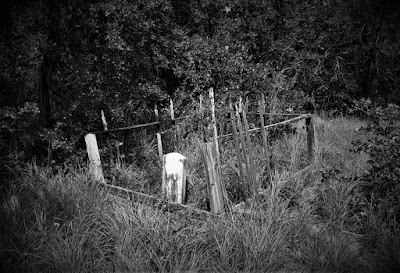 Next up just a little further north were three of my favorite things in a geocache: a cemetery, and old church, and some history. Oh and add in a really cool name too! Gunsight Community (GC1KEEY) had all these. From the historical marker: "Records indicate that Gunsight existed on a wagon road from Fort Griffin to Stephenville in 1858. Settlement of the town, however, did not occur until the 1870's. The first recorded burial here was that of Lewis McCleskey in 1877. Gunsight developed as a stage stop and by 1880 contained a post office, school, two churches, grist mill, general store, and a cotton gin. The local economy, sustained by cotton farming and ranching, was boosted by an area oil boom in the 1920's. The town began a steady decline after World War II and today consists of a few houses, a few buildings, and this cemetery." 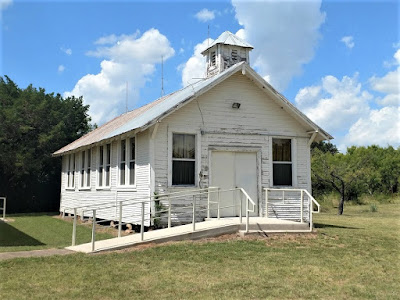 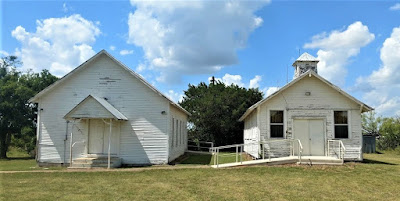 You can see from the top of the page that I had to get out my black cowboy hat for a photo at the Gunsight Cemetery sign. Unfortunately my selfies were too goofy to include here so you get to see the TB logo on the GeoJeep. One of the interesting graves at the cemetery was this one of several made from stacked stones. Only this one has a tree growing out of it. Hopefully from the foot of the grave and not the head! 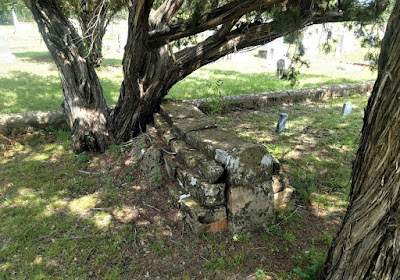 Next up was actually a surprise. In the town of Breckenridge, Texas was the Garden Club Park. Within the park were all these birdhouses of various sizes, shapes, and colors. One of them contained a recently hidden geocache (GC86QB9). It had been there for nearly two months with only one unsuccessful attempt. I can tell you it was a little difficult, but I think I just made it more difficult than it should have been. But I DID find the correct birdhouse and stamped the nice clean logsheet for the FTF!! So excited for being FTF, I forgot to take a photo of some birdhouses. Maybe next time...
Then there was the Woodson Cemetery geocache in Woodson, Texas (GC38N75). Now normally I might give you some history about the cemetery. But in this case it's about the history the cache hider has given us in the geocache description. We all know about the Japanese bombing at Pearl Harbor in World War II. But did you also know that Japan managed to bomb to places on the United States mainland? Woodson, Texas was one of those places and the other not too far away also in Texas. It happened on March 24 & 25, 1945. A very interesting and kinda funny story actually. So I urge you to click the GC# link in this paragraph which will take you to the cache page to read "the rest of the story" as Paul Harvey used to say. 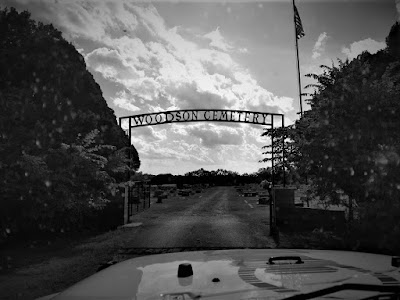 And that was it for this Sunday's little road trip geocaching adventure. I hope you enjoyed it and I look forward to any comments you have here or on my social media posts. That lets me know you're out there. See you again next week...
Posted by Mark at 9:01 AM