2019-07-21: Geocaching the Rural Backroads to a Historic Church, an Abandoned Cemetery, and the First Hilton Hotel

Hello friends, geocachers, travelers, and those who may have found me by accident. On this day it's another of my long 300+ mile Sunday drives from home base in Central to work base in North Central Texas. Not a whole of to see today, but what I did see was historic as well as a sad forgotten cemetery. And you probably at one time or another stayed a night in this mans hotel. This particular building was his very first hotel. As always, the GeoJeep Travel Bug passenger seat is open. So hop on in and let's go for a drive. 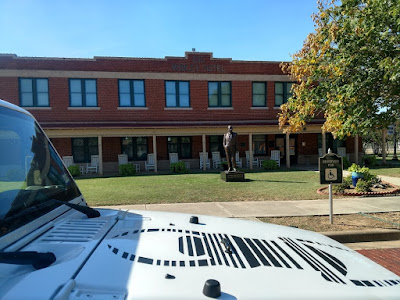 Well the first group of geocaches weren't anything really interesting or or brought me to any historical place. They were just some roadside very rural backroads caches. So I thought I'd take a drive through the countryside to see if I could find them. The first one hadn't been found since February of 2016. I couldn't find it and it still hasn't been found (GC1J29N). Probably long gone and should be archived.
The next one hadn't been found in two years (GC25RMW). It was a regular sized cache and also obviously missing. I had a replacement in the GeoJeep, so loaded with some swag for kids and a logsheet and placed it there. Three more quick backroads caches and then get back to civilization (GC1G34Y, GC21XWY, GC3GVFW).
Making it to Lampasas, I've been wanting to get this next geocache for a while but there has always been muggle members in attendance. Today I got lucky having spending some time on the rural backroads. The services are over and nobody is around. St. Mary's Episcopal Church (GC500RZ) was built in 1884 of native limestone. It is the oldest church in the area still in use. Modeled after a gothic church in Rugby, England and birthplace of W.T. Campbell, pioneer communicant. The interior decor, including the oak alter and pews, are original. 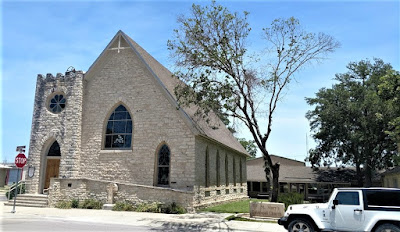 Continuing up the road to the town of Early, Texas, I just had to take a photo by the town sign. I suppose this is one place that you don't ever want to be late to! Before leaving town, I make a stop at the picnic area up the road for another geocache (GC7ZWE2). 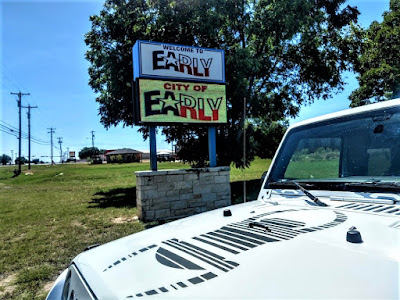 Arriving in the town of Cisco, Texas, I first head towards the "Hidden Cemetery" on the eastside outskirts of town (GC3J2RT). The cemetery is commonly referred to the Central Methodist Cemetery, although there is no sign indicating that and the cemetery is no longer maintained. The FindAGrave website shows there to be 19 buried here dating back to 1903 with two unknown dates. It is sad to see the neglected condition of these forgotten resting places just off the roadway. Many people pass by every day and not even realized they're there. Maybe one day some local historians or Boy Scout group could clean this cemetery up and erect a sign. 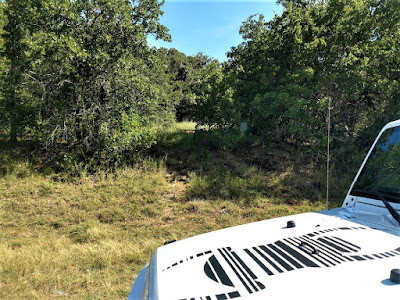 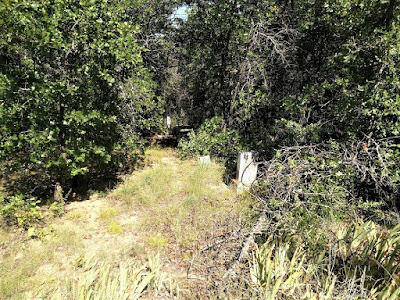 Back in Cisco, I find my next geocache at a Union Pacific caboose (GC7D6EM). A look inside one of these old train cars gives one a glimpse into the life of a railroad workers life away from home. It's gotta be a rough life working and living on the rails. 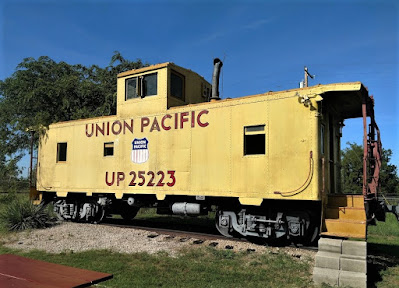 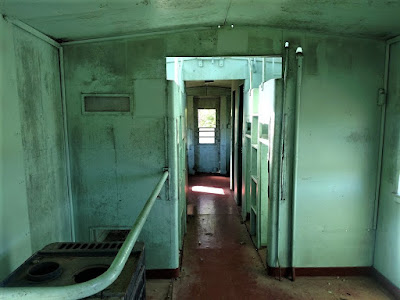 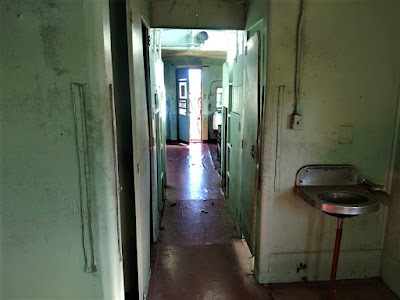 An unexpected surprise and one of those reasons I like geocaching are the other locations and bits of history nearby that they also bring you to. Most everyone is familiar with the name Hilton Hotels. Next to where the caboose was is the Old Mobley Hotel built in 1916 by H.L. Mobley. During Cisco's oil boom in 1919, Mobley sold his hotel to a 32-year-old ex-legislator and banker from New Mexico by the name of Conrad Hilton. On the night of the purchase, Conrad Hilton "dreamed of Texas wearing a chain of Hilton Hotels." While Hilton did sell this hotel in 1925, he continued on to becoming the "World's Foremost Innkeeper."
This building continued to be used as a hotel for many years later. It was made a Texas Historical landmark in 1970. Conrad Hilton passed away in 1979. The people of Cisco, along with the Conrad N. Hilton Foundation, restored and redeveloped this area as the Conrad N. Hilton Memorial Park and Community Center. It was dedicated on October 13, 1984. 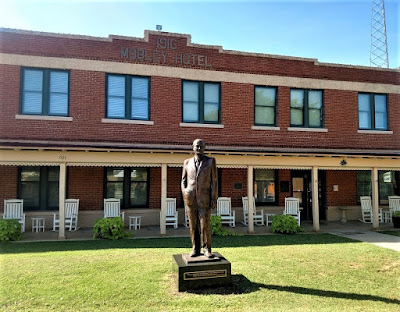 Also located within the ground of the park, is this old clock from the former First National Bank of Cisco. It was presented to the Conrad Hilton Center on its 20th Anniversary on 2006. 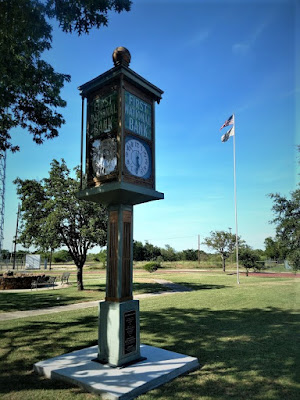 So that was it for today. By this time it was 5:30 PM and I still had almost 2 hours of driving to get to work base in Munday, Texas. Plus grab a bite to eat and stop by the grocery store and get food for the week! Thanks for riding along with me. I hope you enjoyed the step back into time. Until next week, happy travels!
Posted by Mark at 5:59 AM