So here we are once again for AwayWeGo's Geocaching Adventures Blog. Thank you for stopping by. I hope you have been enjoying my stories and the history I'm finding through Geocaching.

Some of you have asked me that I have in the title. Yes, I'm actually two years behind in my writing. But trying my best to catch up while working 55-60 hours a week at the same time. I even took 3 months off from caching at the beginning of this year to spend the time writing.

Now returning back to July 2, 2018, the 4th of July falls on a Wednesday and I have the whole week off from work. Unfortunately, my wife still has to work, so it'll be a "stay-cation." What to do, what to do? Hey I'll go Geocaching! 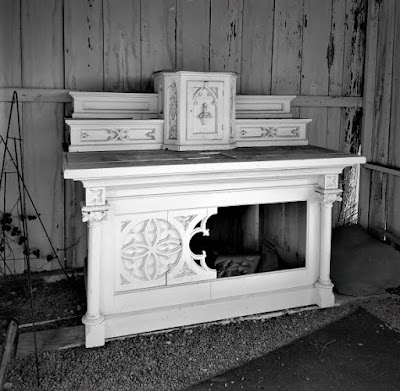 Actually I've been thinking about this for a while now. I've been approaching the big 10,000 geocaching finds milestone. So I have to make it a truly remarkable, fun and memorable geocache. And I think I've found the perfect one. But I have to get there first and that's my goal for this week.

Starting the day off in Killeen, Texas at #9910, I head over to Dunkin' for a caramel iced coffee and a bagel. Then I drive south towards Georgetown. There's several power runs down there where I can get the numbers quickly.

So I get started on the "Hero's of War" series (GC2RBR8) and the "CR-207" series (GC515FD) of geocaches. In the midst of those are some other miscellaneous geocaches that I've found and others I've hidden. The power runs are just roadside caches, so I'll focus the rest of my blog on the stories of the scattered caches.

First up is the Santa Rosa Church Cemetery (GC7T2VK). Also known as the San Jose Cemetery on the Williamson County Historical Society Map. With just over 100 interments, a maintained cemetery still in use today. Although the little gazebo has seen better days. I couldn't find much history other than it's located near the town of Andice which only maintains a population of around 25 or so since the 1970's. There wasn't a geocache here, but I couldn't let that continue. So I hid one myself outside the gazebo. 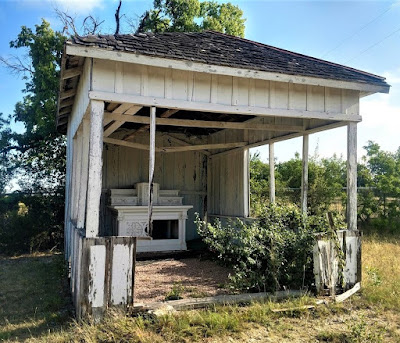 The next site of interest was the ghost town last known as Gabriel Mills, Texas. From the historical marker: "Samuel Mather settled here in 1849, building a gristmill on the North San Gabriel in 1852. John G. Stewart opened a store near the mill. A small log cabin was in use by 1854 for church, school and lodge meetings. A post office was established in 1858, Mather being postmaster. W. L. Brizendine owned the mill by 1865, adding a cotton gin. Known as Mather’s Mill, Brizendine Mill, or Gabriel Mills, the village thrived until Austin & Northwestern Railroad bypassed it (1881); then a decline began. The post office closed in 1905, and by the 1920's the town itself had disappeared."


About all that remain are a collection of cemeteries and a few old houses. The first cemetery I came to was also another Geocache find (GC1260A). Jonathan Bittick was born in North Carolina September 11, 1796, and his wife Jinsy (Butler) Bittick, born in Georgia on June 8, 1805. He moved their family from Antoine Township (Clark), AR to Teneha District, Coahuila and Texas in 1830 along with Jinsy's parents, George and Elizabeth Butler, and her sister and brother-in-law William and Polly Ashabranner.

In October 1835 he received a grant on the east bank of Teneha Bayou one half mile below Bittick and Alford mill. Another grant was in Shelby County on Ayish Bayou. Jonathan was a miller and fanner who owned land in several Texas counties. In 1853, the Bittick's moved here to the frontier in Williamson County. Jonathan died in Gabriel Mills September 22, 1869 and Jinsy died there February 6, 1872 and are buried here in the family cemetery. 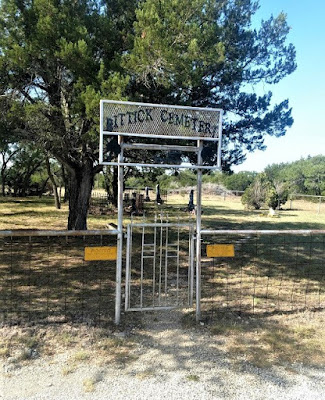 Around the corner just a mile away is a collection of three smaller cemeteries all connected together, the Mather Family Cemetery, the Brizendine Cemetery, and the Mt Horeb Cemetery (GC7T37F, GC7T380). There wasn't a geocache here so I hid two here myself. Rather than go into the long detailed history of the families that first settled this area, I ask that you click on the GC# link to the cache page. There I've posted that history if you're interested. 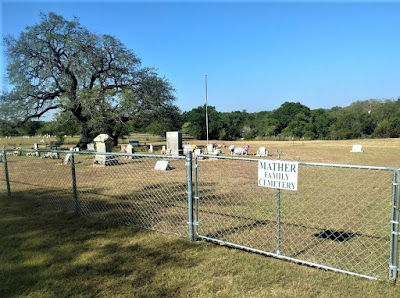 Most of the cemeteries were well kept as you can see in the photo above. But there were parts of it that was a little overgrown with some weeds. And there were a few worn and weathered flags from a previous holiday that were laying in the grass. I picked those up to be properly disposed of. 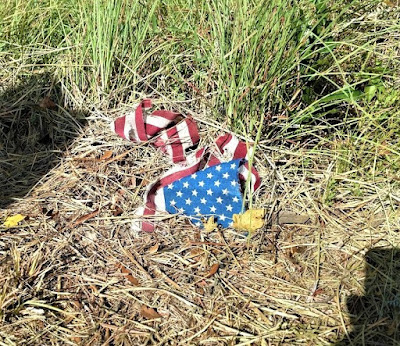 The next few photos are some of the remaining buildings left in the area. The first looked to be still maintained, but the rest... well you can see. 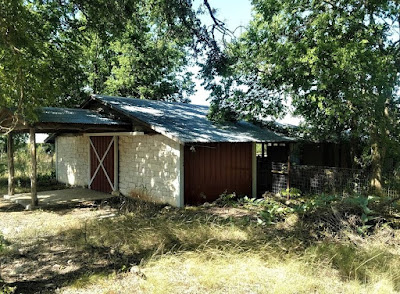 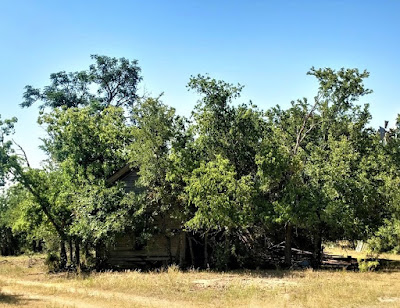 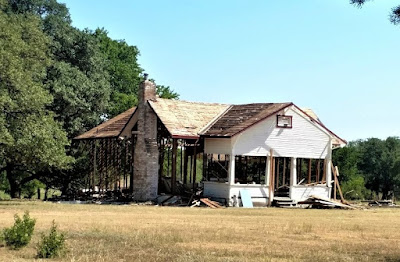 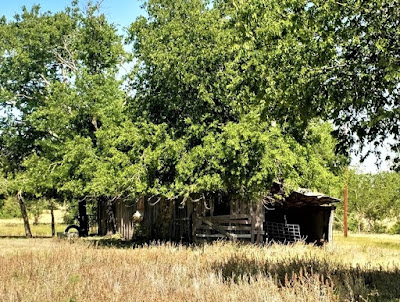 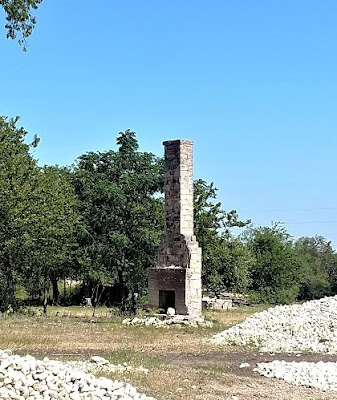 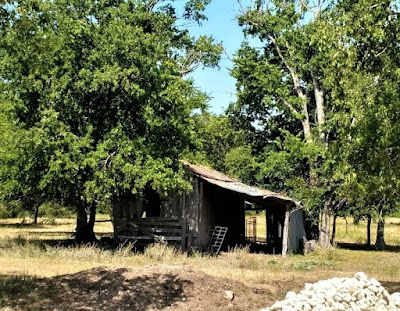 Next up down the road is at the Connell Cemetery (GC2H9Q6). Alabama native Sampson Connell Jr (b. 1822) came to Texas with his family in 1834. Sampson along side his father, Sampson Connell, Sr. and his brother David Cook Connell supposedly delivered the last load of supplies to the Alamo before it was attacked by the Mexican Army. Later the three fought side by side in the "Battle of San Jacinto". Following Texas winning its' independence from Mexico, Sampson Connell, Jr. received a land grant in Williamson County from the Texas Republic for his efforts and patriotism. On his headstone is the bronze plaque for "Citizen of the Republic of Texas, 1836-1846." There are 20 burials here beginning with Sampson Connell Jr in 1873, to the last burial in 1939. 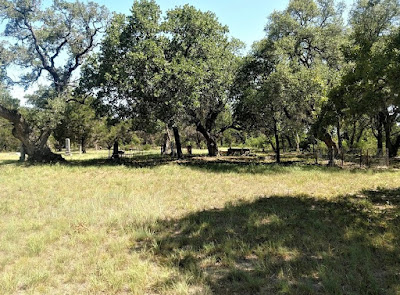 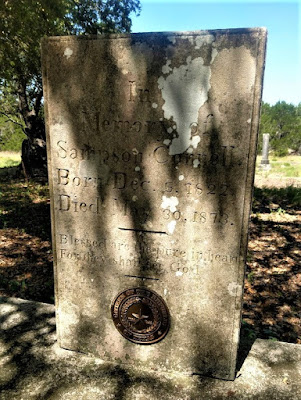 The geocache container was rather interesting for a cemetery. It appears as though one of the bodies didn't have all the pieces parts buried with it! 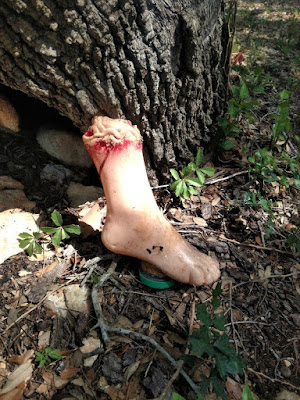 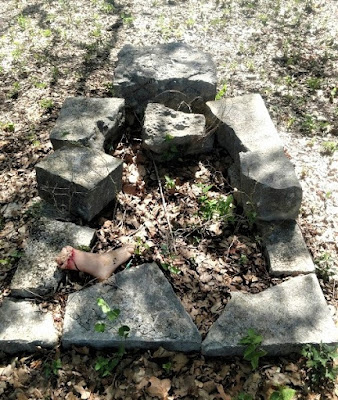 The next geocache of interest is at the William-Buck Cemetery (GC3A1YR). From the historical marker: "Legend surrounds the first years of this burial ground. Local oral history relates that among the earliest graves are those of a slave called Willie Osborne and an unknown Indian. Members of the Stephens family, ambushed by Indians in 1854, are said to have been buried here in their wagon. The oldest marked grave is that of infant Polly Williams, interred in 1854, on land owned by W. W. Williams. A cemetery association was organized in the 1960's. Many honored veterans of Confederate and U.S. Armed Forces are interred here. Fifteen graves were moved from the Bullion Cemetery in the 1970's when Lake Georgetown was formed. There are over 250 burials here."

My last stop was at the Perry Cemetery. I didn't find the cache (GC2H9QW), but I did find a story. James Wesley and his brother John Montgomery Perry both were members of the Scout Co. D. 12th Division Texas Calvary during the Civil War. They first served in Texas, then they were sent to Arkansas where they took part in battles of Searcy's Lane, Cotton Plant, and Langee River. They then went to to Louisiana, where they fought in battles of Mansfield, Pleasant Hill, and Yellow Bayou. It was at Yellow Bayou that James was wounded in the right knee on May 16, 1863. He was in the hospital for some time, and then sent home on furlough. After his leg healed, he rejoined his unit, but was in no more battles. At the close of the war, the company disbanded at Falls County, TX. 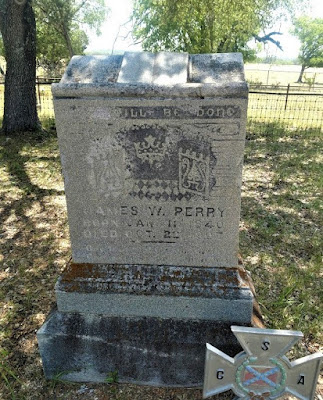 That's enough for the day. Between the cemeteries and the power run, I've found 60 geocaches for today. But at 3 PM on a Texas July day it's pretty hot!