On this Sunday, back on November 11, 2018, I made a visit to a place that I have heard about for several years but never got a chance to visit. This past week I saw posted on some Geocaching groups that the world famous Barney Smith's Toilet Seat Museum (GCB6A8) is coming to an end. And a few geocachers were planning on meeting up there to help Barney Smith pack up his collection. 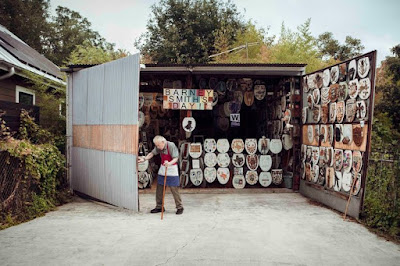 So on this Sunday's 360+ mile drive back down from Killeen to Roma, Texas, I drove down to Georgetown and hopped onto I-35 southbound. I made my usual stop at Duncan Donuts and grabbed a few other roadside and parking lot geocaches along the way to break up the time. Nothing really worth mentioning specifically as the locations didn't have anything of interest to see.
Finally I arrived down in San Antonio to a residential neighborhood and find Barney Smith's house. Behind his house was a detached garage that he turned into his "museum." Born in 1921, Barney was very creative and artistic in his youth. As he got older though it became time to earn a living he entered the family business and became a plumber. Once after a hunting trip his father mounted some deer antlers to a piece of wood for the wall. That wasn't creative enough for Barney. So he mounted his onto a toilet seat lid. After all these years and 1400 lids later, his museum has been visited by curiosity seekers from all over the world. 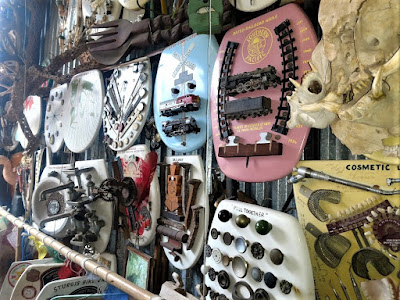 Back in 2002, a virtual geocache (GCB6A8) was setup at the museum to help enlighten geocachers of its existence. Since that time there have been over 1,000 geocachers stop by to visit Barney and his toilet seat lids. At the time of my visit there were 12 dedicated to geocaching which acted as a log sheet for cachers from all over the world to sign. 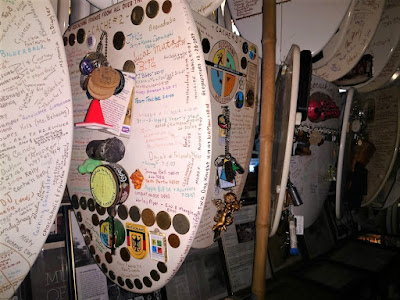 Some of his more famous and special lids include this one below. A portion of the letter from a retired Navy Commander on the other side reads: "I twice visited Saddam's underground bunker in the Green Zone and was permitted to bring back souvenirs. One item was a ceramic portion of a bunker commode, which I gave to Mr. Smith for one of his famous plaques. The bunker was 3-stories deep and designed to withstand nuclear, chemical, and biological attacks. It was bombed twice by coalition forces by conventional bombs and was not damaged.
"The paper money bill was an old 5 Dinar note used before the Iraqi Freedom War. The round plastic pieces are called "pogs" and were given out by the Army and Air Force Exchange System in place of metal coins to customers frequenting their Base Exchanges in Iraq. On one side is the denomination, 5, 10, or 25 cents and on the other side images depicting military related scenes." 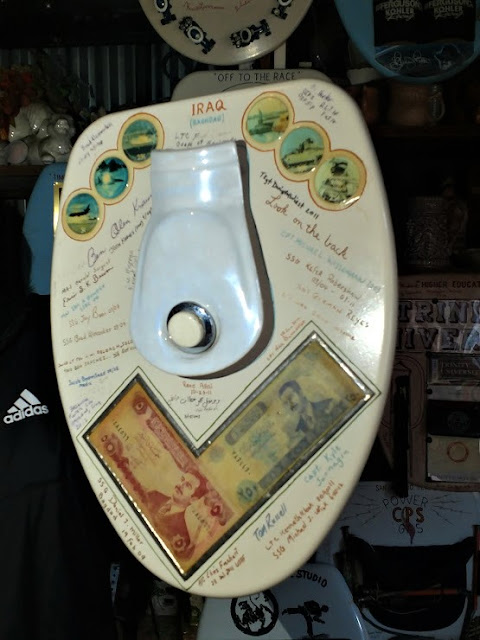 Another one includes this piece of heat shield debris from the Space Shuttle Challenger which broke apart just 73 seconds after liftoff on January 28, 1986 killing all seven crew members aboard. And another dedicated to the Space Shuttle Columbia. 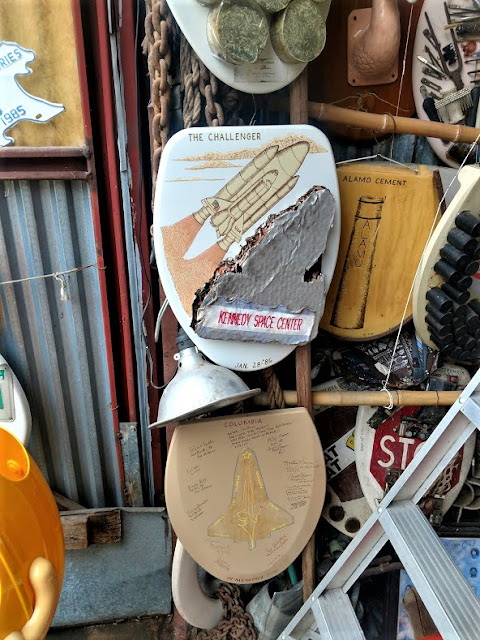 And then you have the "Million Dollar Seat" in which is mounted 10 "pucks." Those pucks were donated by the Federal Reserve Bank in San Antonio. They are the remains of a $1,000,000 in currency which has been taken out of circulation, shredded and compressed. So if you ever wanted to be sittin' on a million bucks, this would be the seat for you! 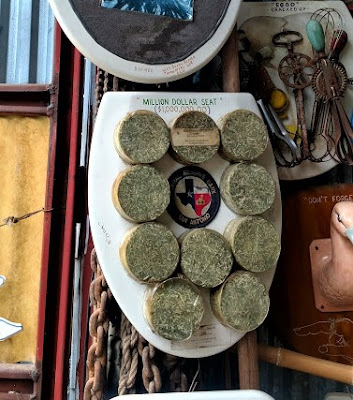 Also in his collection is the actual seat from the airplane which carried the body of Aristotle Onnasis, the second husband of JFK's wife Jacqueline who was most likely aboard the plane and may have sat on the seat. Others include pieces of the Berlin Wall and barbed wire from Auschwitz. And another coated with ash from the Mount St Helens volcano eruption. 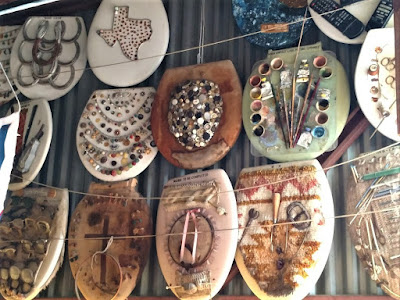 Barney even has a book out called "King of the Commode" and is available on Amazon.
UPDATE: Barney Smith passed away on July 23, 2019, shortly after he got to see his collection on display in its new home at the "Texas Truck Yard" located in The Colony just north of Dallas, Texas. There's a new geocache located there and is now on my bucket list (GC8E7WA). 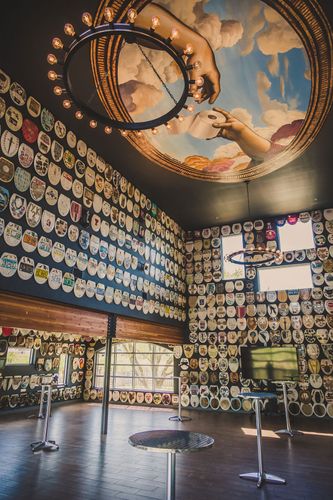 So if you're ever in Texas where everything is bigger, you must visit the world's largest collection of toilet seats. Just remember to only use the ones marked for public use when you need to take care of your personal business!
Thanks for stopping by to read my blog. Be sure to select the "Follow" link to the right of your screen if you're on your computer. We're also on Facebook, Twitter, Reddit, Instagram, and Parler where you can stay updated with our adventures. Sometimes on my social media sites I post photos with a short description that don't need a full blog story to go with it.
Posted by Mark at 10:53 AM