2019-06-02: Geocaching Through Love, History, and Chainsaw Art Along the Backroads of Virginia and North Carolina.

Who's up for a surprise road trip? Well one of my co-workers on this project here in North Carolina got transferred to another project up in Virginia. And he doesn't have a car to drive there himself. So I offered to drive him up there myself. That's also another roadtrip opportunity to go Geocaching in a new area, to see new things, and maybe get some new caching county or two out of it. So off we go...
His new project was just outside the town of Blackstone, Virginia. Doing some research online, we found a place for him to rent while he's there. So a quick stop at Hardee's in Washington, NC for breakfast and we hit the road. We drove straight up into Virginia and arrived at the rental house, but the person renting out the room wasn't home at this time. Instead of just waiting there for an unknown amount of time, I drove him up to Enterprise over in Colonial Heights so he could rent a car until arranging a ride with another co-worker.
Now that his transportation is set and he's heading back to Blackstone, I'm going south back to North Carolina. But not before finding a geocache (GC6J8B2) right there in the parking lot next door. Now one thing a little different with Virginia is that they have 95 counties to find caches in. But then there's also 38 independent cities separated from the county borders for a total of 133 regions to complete on the "county" map. This cache gave me credit for the city of Colonial Heights.
Then I drove over to the "Welcome to Hopewell" cache (GC3X2VT) to get credit for the City of Hopewell region. There along with the normal "Welcome to" sign, they have a huge "LOVE" sign. 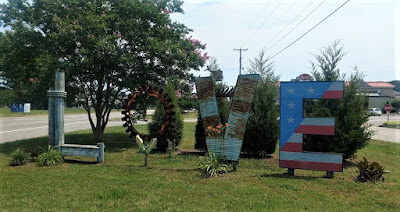 A quick roadside stop in the City of Petersburg (GC2JQCN), and another in Nottoway County (GC27HQ8). Then over in Prince Edward County at the Gallion Game Sanctuary, I picked up a couple of caches down some Jeep trails (GC4MNAM, GC4MN9X). In Charlotte County I realized I skipped right over lunch when my stomach started growling. I hit the drive through at a Burger King then parked next door in the parking lot of the Food Lion right next to the LPC cache (GC5XD7R). The last geocache today in Virginia was for Mecklenburg County (GC2W7HB).
On the way out of Virginia, I passed this place called Chainsaw Art. Seeing some of the work on display I knew I just had to pull over at this roadside attraction and get a close-up look. If this is the stuff left outside on a Sunday afternoon when nobody's around, the artwork on the inside must be amazing. I don't usually include this many photos for one place. However I thought this place deserved it. 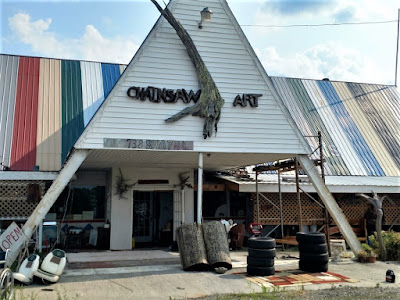 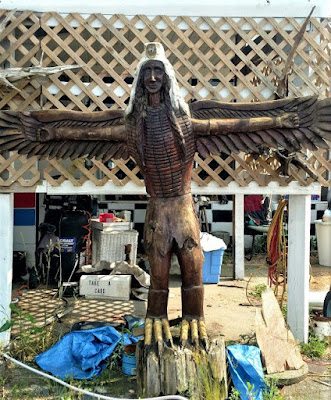 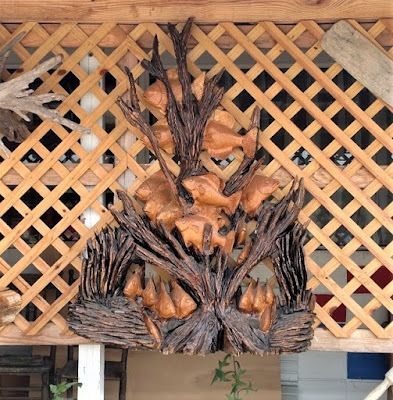 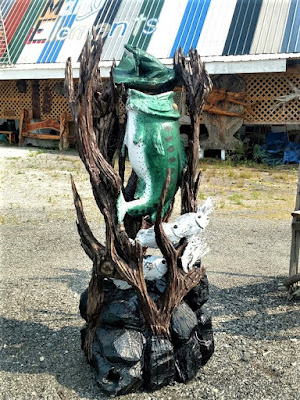 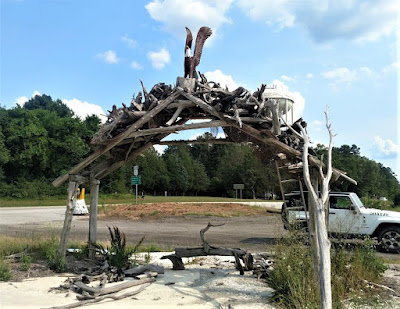 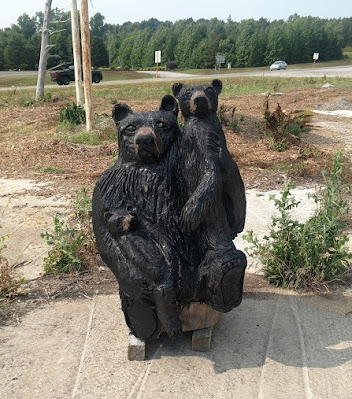 Stopping for gas in the tiny town of Wise, North Carolina, I spot this old abandoned red brick two-story building. I asked this guy sitting on a chair outside the Pay Jay's Corner Store if he knew anything about it. He just said it was the old school building. Now doing further research, I find that this old abandoned school building was built in 1904 and was placed on the National Register of Historic Places in 2006. I'm not sure when it was last used. There is an effort underway to raise funds to restore this old historic school building. 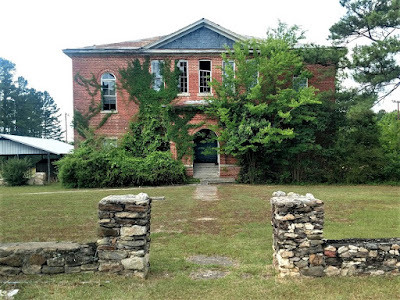 My last stop of the day was a virtual geocache (GCH16M) in Littleton, NC. Here you'll find a replica of the home of Nathanial Macon and the gravesite of he and his wife. The original house burned down in 1977. From the headstone: "Nathanial Macon, born December 17, 1758, was a soldier of the American Revolution, a state senator in 1782 and 1784, a Representative in Congress 1791-1815, Speaker of the House 1801-1807, United States Senator from 1815-1828, President of the Constitutional Convention of 1835, the strictest of our models of Republicanism." Notice they did NOT use the word democracy which is so misused today. The founders despised democracy and mob rule, forming a Constitutional Republic. 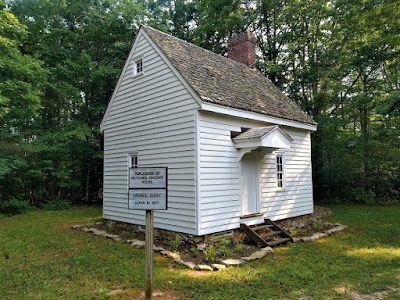 Nathanial Macon was one of the most powerful men in the nation and exercised great influence until his death June 29, 1837. Thomas Jefferson referred to Macon as "The Last of the Romans." 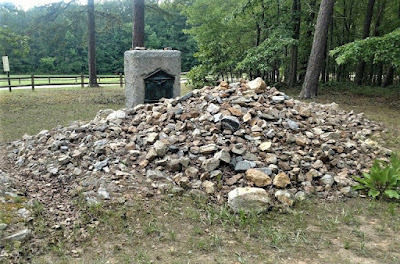 Nearly 500 miles later, I finally returned back to Blounts Creek, NC. It was one of those unexpected but pleasant geocaching trips, picking up some new counties and seeing history. Now time to get some rest and prepare for work tomorrow. Thanks for stopping by and look forward to having you ride along again soon.
Posted by Mark at 9:44 PM