Good morning friends. If you're just now dropping in on this roadtrip, you may want to catch up first on Day #1 and Day #2. Starting out this morning in South Carolina on day #3 of this roadtrip from Texas to North Carolina. I start a new solar farm project tomorrow, so gotta get there today and get settled. Then gonna find the jobsite so I know where I'm going and get some groceries for the week. But I'm getting ahead of myself. Let's get driving...
Checking out of the hotel in Lugoff, SC, I grabbed the geocache (GC22BH6) down the block for a Kershaw County find. Then drove up the Interstate and crossed the border into North Carolina. 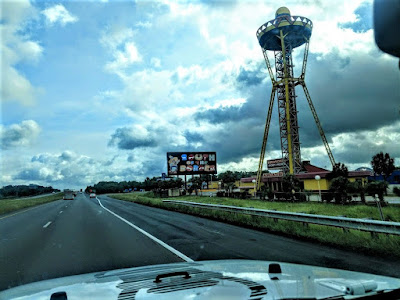 Continuing up the highway and continuing to pick up new counties, I stopped for a quick geocache (GC3AFP2) in the town of Wade, NC for a find in Cumberland County. From there I drove over to Spivey's Corner, NC for a virtual geocache called "Holler if you Hear Me" (GCAD33) and a find in Sampson County. Spivey's Corner is known as the "Hollerin' Capital of the World" since 1969. Though on this day it was fairly quite.
On the way to my next geocache I reached a milestone. At just one week shy of being a year old, my GeoJeep hits 60,000 miles! That's a lot of roadtrips! 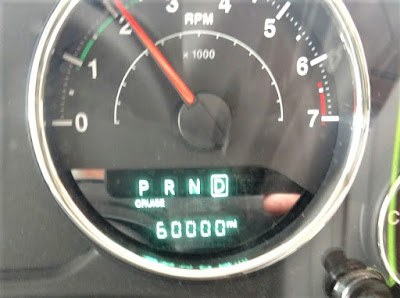 Stopping in Wilson County for my next geocache (GC6H2T8), not too far away was this old abandoned church. The Corner Line Primitive Baptist Church was a predominately black church built around 1900. The first pastor was Sam Brystern who led the congregation until he passed in 1930. Wiley Barnes took over the role until handing it over to his son Tom Barnes in 1964. I'm not sure when it was last used, but I saw a photo from 2012 that showed it abandoned. You can find out more on this church and the area's early history afamwilsonnc website. 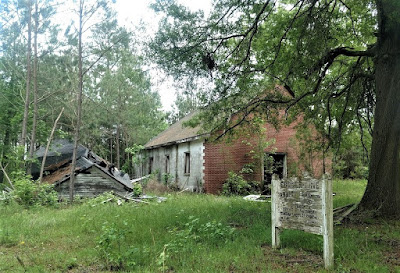 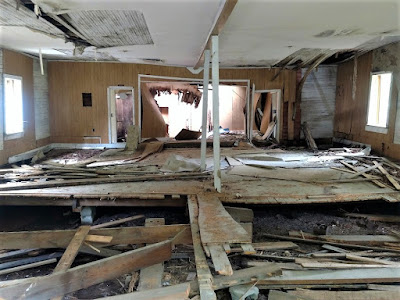 The geocache container attached to a butterfly in the woods. 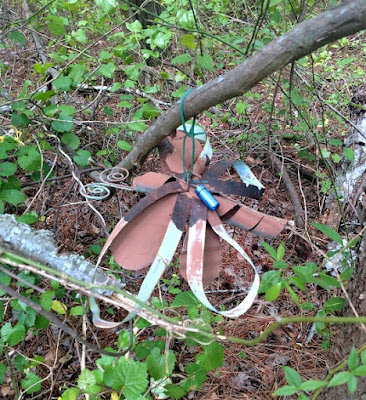 I arrived in Washington, NC and checked into a hotel. Then I drove up to Pinetown and saw where the jobsite was and how long it took to drive there. I checked for geocaches in the area and there was one right around the corner (GC35QJN). That gave me a find for Beaufort County. Back at the hotel, there was another geocache so I grabbed that one too (GC3N3YA).
So that's it for my three day roadtrip from Texas. I was glad to have you riding along. I'm scheduled to be here at this project for 2-3 months. North Carolina has 100 counties and I have only found geocaches in 30 of them. So be sure to check back in frequently as I drive from county to county finding geocaches and exploring North Carolina. See you again soon.
Posted by Mark at 8:04 AM