Today is Geocaching Day! Or as most people call it: Saturday. Since we found out this week that work may be transferring us out of the area soon, we set out today to try and get a few more new Texas counties for our Geocaching map.

We took off towards the southeast down US-84 to the town of Post. There we turned eastbound on US-380. Grabbing two caches in Garza county and along the way we passed by these few long abandoned and deteriorated houses. They were miles apart and we've seen plenty of these over the last few weeks, but these just had a certain character and we had to stop for photos. 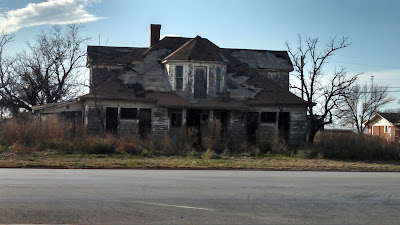 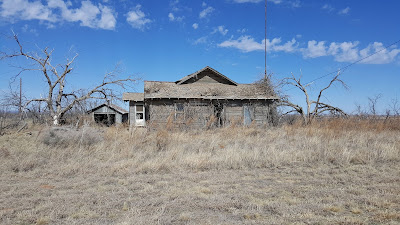 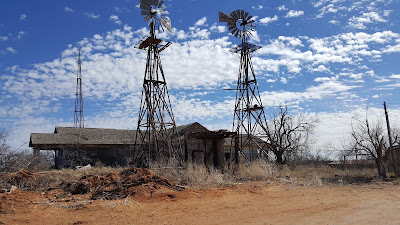 Soon we pulled into the small town of Clairemont. Clairemont was established in 1892 to coincide with the organization of Kent County with the understanding that it would serve as the county's seat of government. The new town was located on land owned by local rancher R.L. Rhomberg, who named the new town after his niece, Claire Becker. In 1895 a sandstone courthouse and matching jail (GC55ZBW) were constructed. By that time the town had several stores, a bank, a newspaper, and a hotel. Although the Stamford and Northwestern Railway had bypassed Clairemont to the east by 1909, the town continued to prosper. Cotton and cattle ranching dominated the economy, and oil later became important. By the 1930s the population exceeded 200. By the 1950s, however, the town had begun a steady decline and by 1954 had lost its title as county seat to nearby Jayton. The Clairemont courthouse burned shortly after the records were transferred to Jayton, but the bottom story was preserved as a community center. The remaining citizens soon began to move away, and the population dwindled to about 15 by the 2000s. 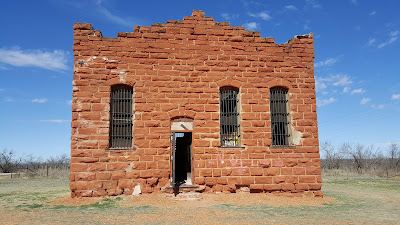 We then stopped over at the Clairemont Cemetery (GC5HGVD) for our next cache. Buried there is Judge AW Landers, who in March 1893 was on his way by horseback to take tax money to a bank in Snyder, 32 miles away. He was waylaid by robbers, and the money taken. His body was found a short period of time and brought back to the cemetery. The party arrived at night and the body was buried by lantern light. The next morning, the burial party discovered they had run the grave southeast by northwest, instead of east and west, as was tradition. The widow was consulted and she said just leave it. When she passed away, she was buried beside him in the same direction. So, there are two graves in the cemetery that are oriented a little differently than the rest of them. 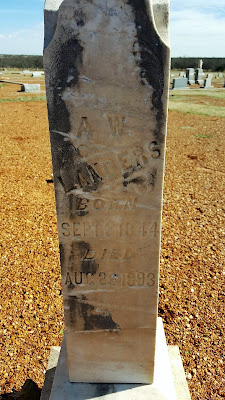 After the Clairemont Cemetery, we also found caches in the Jayton Cemetery (GCQ5H2) established in 1890 and another at the Oriana Cemetery (GC1EMN0). But at one of them, we saw this headstone which had been knocked over and under a bush of an infant which died at birth back in 1898. 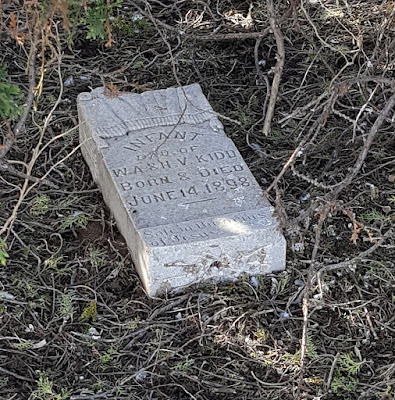 Our next cache was located high above the Salt Fork Brazos River (GC1EMMQ). The older bridge is the one closest to the camera and is now closed since the newer one was built to replace it. Even though it was an out-of-the-way drive to get to this cache, it was well worth it for the views. 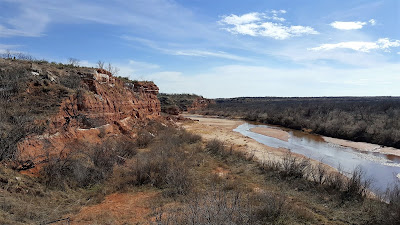 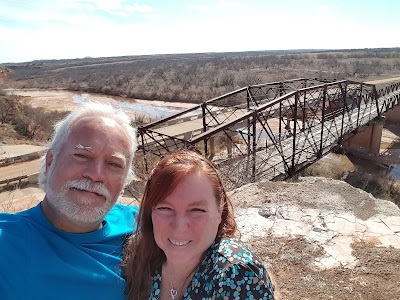 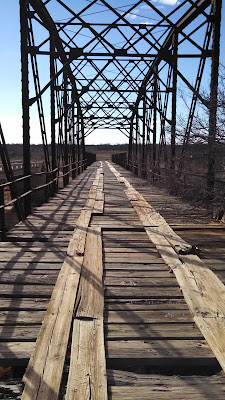 Continuing on down the road, we arrived in what's left of a small town called Peacock (GCKA0X). Despite having been almost completely leveled by a tornado in 1914, the citizens had rebuilt the town within 10 years. Though there's not much left here today. But those that remain are "Proud as a Peacock." 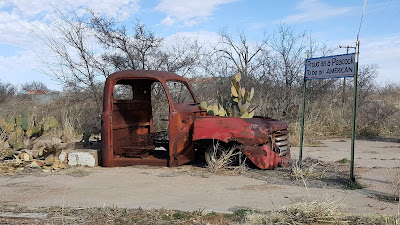 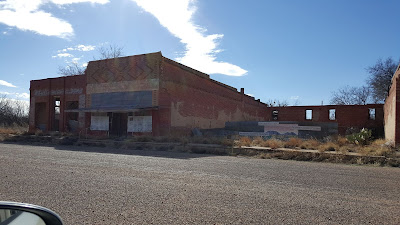 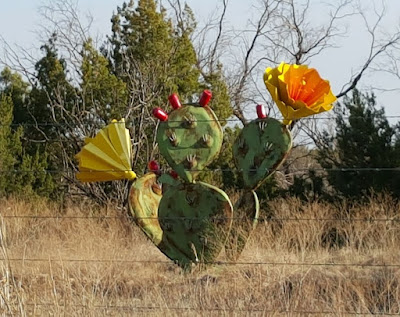 Our next Geocache was at the Double Mountain Cemetery (GC5ME01). Double mountain is an important regional landmarks, dating back at least to 1788, when Jose Mares opened a trail from San Antonio to Santa Fe; thereafter, the mountains were waymarkers "for every westward expedition and a rendezvous for buffalo hunters." They were also cited by the surveying party of Randolph B. Marcy in 1849. At one time, Comanche leader Quanah Parker and his band lived on or near the mountains, and according to one source, the mountains were once a sacred place to the Comanches. The town of Double Mountain once existed a few miles north of the hills. Established in 1886, the community featured a post office, sheriff, schoolhouse, and Methodist and Baptist churches for several years in the late 19th and early 20th centuries, but had become a ghost town by the 1980s. 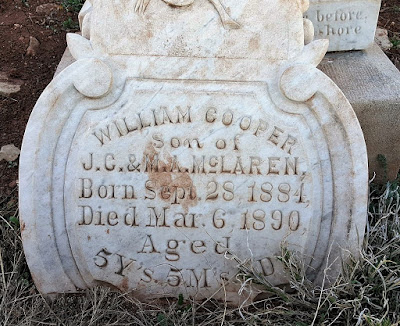 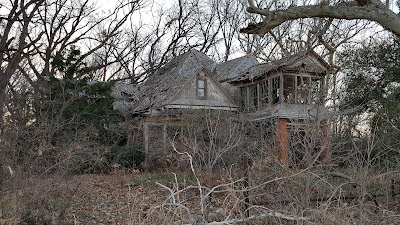 Our last cache for the day was located at the Brazos River Bridge (GC43B7K). Yes, another new bridge going over another section of that river. This bridge was constructed in 1938-39 to replace a 1901 bridge. A statewide historic bridge survey in the 1990's identified it as one of only five continuous through truss bridges in Texas built before WWII. 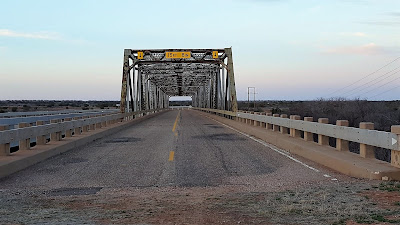 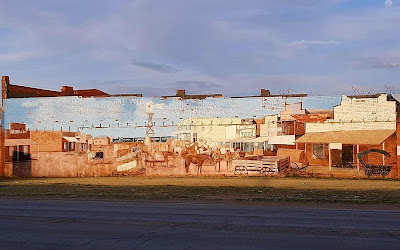 The day ended with a beautiful mural on the side of a building. Another day, another adventure. I have something special planned for tomorrow, so be sure to come back!
Posted by Mark at 12:30 AM