Ah yes, another Sunday and another long drive back to West Texas. Today's Geocaching Adventure route was 381 miles from Killeen to Monahans. But I spent all my time in Burnet County.

My first geocache was called "Our Favorite Bridge" (GC7G5G8). From the historical marker: "The small ghost town community of Joppa was established for a church and school in the 1880's. With the growing population in Burnet County and business generated from the railroad, the county decided to construct several bridges over waterways throughout the nearby communities. On January 27, 1906, a bond election was held and passed to fund the construction of three truss bridges, including one near the Joppa school and church, the only one still standing of this group.

At 136.2 feet, the Joppa iron truss bridge played an important role in the everyday lives of many families in the Joppa Community. Traveling to neighboring towns to conduct business was simplified. In addition, life on the river and under the bridge was a large form of entertainment and relaxation during the Great Depression and WWII. Access to education also greatly improved with the construction of the Joppa Bridge. Before 1900, young people in rural areas were mostly limited to elementary and/or junior high education. With improved roads and transportation, greater opportunities were available."

I don't know about you, but I like old bridges. I'm glad they didn't tear this one down when the new modern bridge was built next to it. 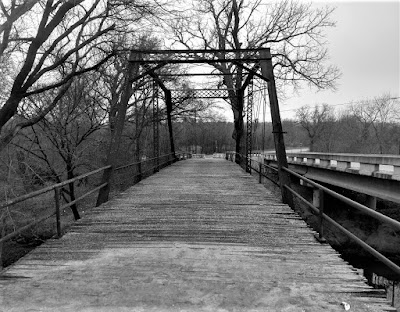 As mentioned above, the Joppa Church was close by and was the location of my next geocache "Cache Wars: Joppa the Hut" (GC1RX74). From the Handbook of Texas Online:  Joppa was first called Pool Branch, after a nearby pool formed by a waterfall. At that pool in the 1880's were a cotton gin and a mill; just southeast of the gin were a store and a blacksmith shop. On August 31, 1881, J. S. and Jane Danford of Delaware County, Iowa, gave two acres of land on the north bank of the North Gabriel to be held in trust for a school and a church. The school building was constructed at once and used for classes and church services. Worship was held in the schoolhouse until 1913, when a church building was erected.

The local school, the church, and the locality were called Pool Branch until 1891, when the community secured a post office, and the people agreed on the Biblical name Joppa. On May 19, 1904, a telephone line was installed in Joppa. An iron bridge was built across the San Gabriel River in 1907 and was still in use in 1989. The area received electricity in 1939 from the Pedernales Electric Cooperative. The school was consolidated with the Bertram district in 1942. Friday and Saturday night socials and Sunday night singings culminated in an annual picnic as late as the 1930's. The church and school buildings were still used in the 1980's for church and community activities. In 2000 the population was thirty-four. 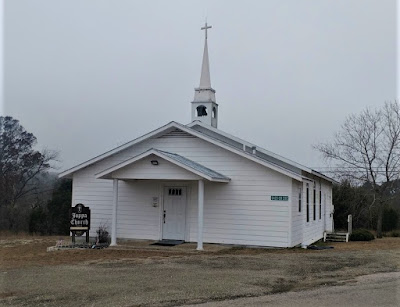 A couple of turns to the west and I arrive at my next geocache and somewhat of a roadside attraction. "Have Fun Storming the Castle" (GC43FTM) looks almost like a grain silo that has been done up to look like a castle. But you can tell that it's definitely not a silo. It was too far in the distance to get a decent pic with my phone though. If you click on the link to the cache page, there's a photo of it in the gallery.

A short drive down a country road and I arrive in Shady Grove for my next two geocaches. From the historical marker: The community of Shady Grove (GC20TXN) was settled in the 1850's and 60's by families on this farm and ranch land along the middle Gabriel River. The old Austin-Lampasas and Burnet-Belton roads intersected here. At first the community was called "Russell-Gabriel." The Cumberland Presbyterian Church organized and met in the school building in 1878. Soon the name changed to Grove because the schoolhouse was located in a grove of live oak trees.

The settlement boasted a cotton gin and corn mill, a general store and blacksmith shop, a doctor and a masonic lodge. In 1882 the Presbyterian, Methodist, and Baptist congregations built a union arbor for camp meetings and revivals. For a few months in 1902 there was a post office. Since there was another Shady Grove in Texas, the name "Tamega" was used. A general store by that name operated here for 50 years. 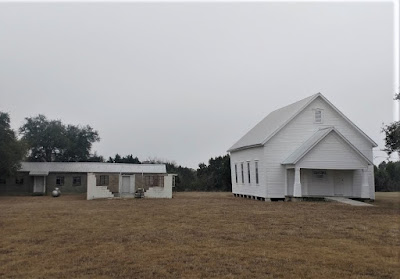 Over in the Shady Grove Cemetery is my next geocache called "Heartfelt" (GC213F4). A Shady Grove Cemetery Association was established in 1958. In 1968, the association secured title to the land, church, and tabernacle. According to Find-A-Grave.com, the oldest marked grave dates back to 1879. The cache itself is kinda cool. Not near a grave site so not to be confused with decoration. 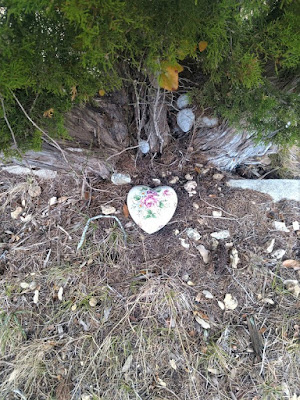 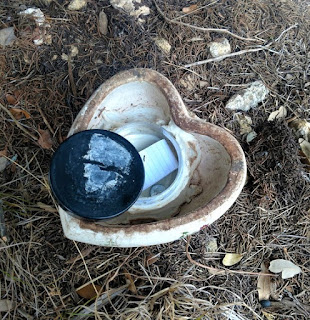 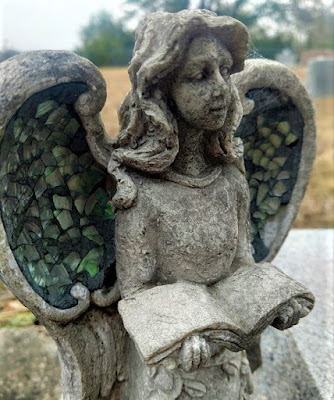 Just north of Shady Grove was another ghost town by the name of Strickling. There wasn't a geocache there, but I went and checked out the cemetery anyway. From Texas Handbook Online: John Webster received a land grant on the Charles Cavenah survey, but when his party arrived in the area in 1839, they were attacked by Comanches. The men in Webster's group were killed, and his wife and two children were captured and held for several months. In 1852, Webster's daughter Martha claimed his land as his sole heir, and the next year she married Marmaduke Strickling (sometimes spelled Strickland or Stricklinge). The developing settlement took that name.

The community became a regular stage stop on the Austin to Lampasas route, and a post office was established in 1857. A school, a church, and several businesses prospered during the years that the town was on a major transportation route, but in the 1880's a decline began. The Austin and Northwestern Railroad bypassed Strickling in 1882, and when the stage line was discontinued later that decade, the town lost much of its vitality. Its population was reported as sixty in 1884 and in 1890, but by the mid-1890's its post office had been discontinued, and most of its residents had moved away. By 1900 the last store had closed. A cemetery was all that marked the site on county highway maps in the 1980's. The oldest marked grave is that of David Chapman Jones (1830-1869). 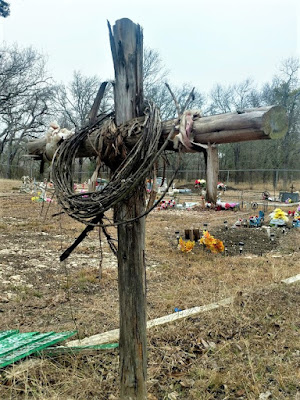 Then I went over to Pleasant Hill Cemetery for my next geocache (GC46WPC). I couldn't find much history other than it was established in 1887. There are about 340+ internment here and is still used by the few locals in the area. 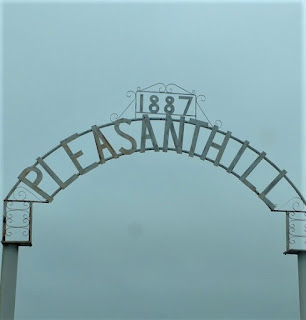 My last geocache for the day was at another cemetery. "Ancient LehteB Grave" (GC22V7B) was at the Bethal Cemetery. From the historical marker: The REV. Richard Howard (1817 - 1882) moved to this area of Burnet County in 1885. The frontier settlement he joined would later be known as the Bethel Community. In 1874 he deeded two acres at this site for the community use. The first recorded burial was that of Howard's Grand-daughter, Harriet Ruthie Howard, in 1875. Since then this site has been used as the Bethel Community Cemetery. Buried here are veterans of the Civil War to World War II and many of the area's early settlers and their descendants. The Bethel Cemetery Association was established in 1930.

The one grave that caught my eye was the Hudgins grave site. Of the hundreds of cemeteries I've been to, and the many different decorations, this is the first time seeing a telephone. I guess that's one way to communicate without seeing a psychic or performing a seance! 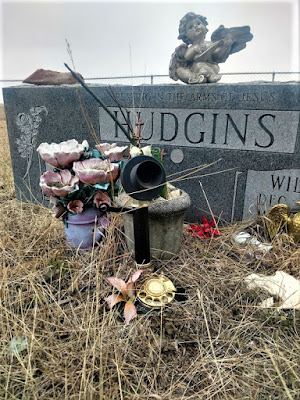 Wow, I've spent this whole time caching around Burnet County. I still got over 300 miles to drive. Gotta get moving. No more caches the rest of the way.

By the way, along with the Facebook Page with which you can follow me on, I've added the Follow or Subscribe buttons over to the right side of the blog page. If you're viewing on a laptop or tablet. Not sure how it shows up on a phone. So be sure to Follow, Share, or especially leave a comment or suggestion. I'd like to hear from you. See you next week...
Posted by Mark at 9:10 PM