Another Sunday and another 360+/- mile drive from Killeen back to Monahans, Texas. And just in case it hasn't hit you yet, depending on whether or night I work a 5-day or 6-day week, I'm driving eastbound after work from the jobsite approximately 320 miles either Friday or Saturday night. So it's a good thing I like driving!

Anyway, today's drive takes me along the same route as last weeks blog. Though I find many new geocaches and redeem two DNF's from last week, placing them in the Found column!

My first stop was confusing to me. I thought I had been there before but it was still showing up as unfound. I pulled up to the "Brown Cemetery" (GC4QKZ8) geocache next to the airport in Killeen and realized that I was already there. I found the geocache again and looked at the logsheet. Sure enough there's my stamp. I even talked about it in my November 18th's Blog, but I guess I forgot to log it as found. I wonder how many other geocaches I forgot to log?

After putting 100 miles behind me, I decided to get these three geocaches lined up on US-283 just north of Brady. "On The Road Again" (GC5E8QY), "Boot Hill" (GC6W393), and "Keeping Boundaries" (GC6W0PX) were all quick roadside caches. I thought Boot Hill might be an old west cemetery, but turned out to be a cemetery of sorts for old boots on fence posts.

Another 100 miles later and I was back in Sherwood, Texas. If you remember from last week's blog, the geocache at the old courthouse "TGT: Sherwood" (GCM4G3) was nowhere to be found. After a conversation with the CO mommio, I got permission to replace it with a Slim Bob cache. 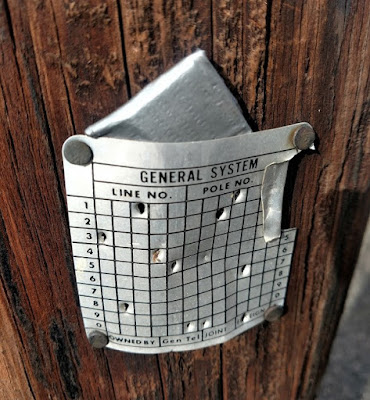 Then I went over to the "Old Cub Scout House" (GC7DXBM) from last week which I could not find. After using a PAF a few days earlier for additional clues, I began the search again. Another 10-15 minutes of looking and finally redeemed last weeks DNF and put this one in the found column.

Passing through Mertzon a little ways, I took a detour on a side road to "Hawt N' Juicy" (GC3CY7Z) cache. It was a quick roadside cache near the bridge over Spring Creek.

My next geocache was a roadside memorial for a "Fallen Hero" (GCWR3Y) on US-67 just east of Rankin. Sammy Charles Long was a Texas State Trooper who was killed on November 21 1976. The suspect was able to gain control of Trooper Long's service weapon and shot him several times. A deer hunter who was returning home witnessed the murder and shot and killed the suspect using his hunting rifle. Patrolman Long had been employed with the Texas Department of Public Safety - Texas Highway Patrol, for 18 years and was stationed at McCamey. 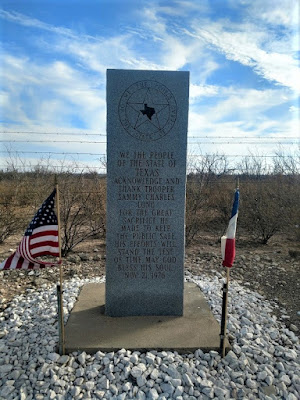 Just down the road is a picnic area and "Another Hero" cache (GC1D7AK). It was at this picnic area that the hunter witness Trooper Long loose his life. Then he became the hero taking action and taking out the suspect.

Entering Rankin once again, I stopped for two more geocaches. First was the "Rankin Museum" (GC3XRA9). Formerly the Yates Hotel, Ira Yates built the 3-story, 46 room, sandy brick hotel in 1927 at the height of the oil boom. It had a restaurant, a drugstore, and a barbershop. The hotel closed in 1964 and remained close for a decade until the Rankin Museum Association converted it into a museum. I invite you to take a look at the Texas Escapes website for some more interesting stories about the hotel. About the famous musicians that played at the "Rankin Beach." Yeah that's right I said BEACH! You gotta read about that too! I tried to get a photo of the interior through the glass. It was closed when I stopped by. 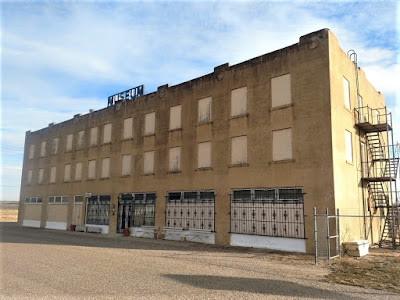 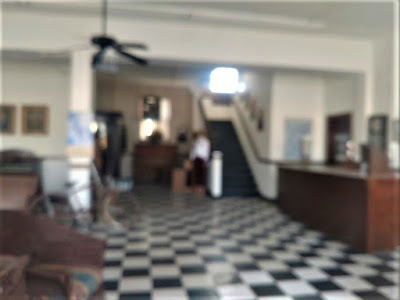 One more geocache at the Rankin sign (GC2M5EY) on the west side of town. That's it for today. Time to head up to Monahans. See you next week...
Posted by Mark at 5:37 PM