YIPPEE! Vacation time! Which means a Road Trip is in store! We have only 4 things to accomplish while on vacation. Drop Candy's grandkids off at their fathers house in Maryland, get at least one Geocache each in Vermont and New Hampshire, and get a really cool Geocache at this old train bridge in Pennsylvania. The rest is purely spontaneous. 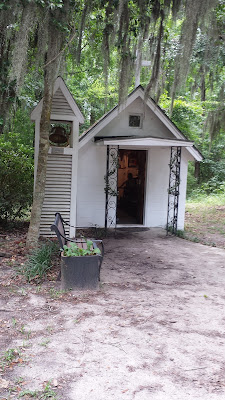 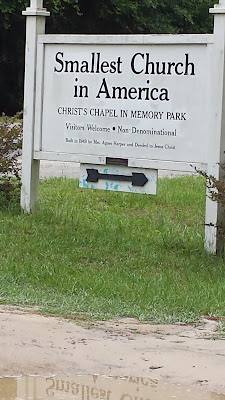 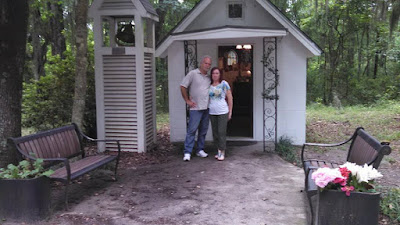 Our next stop up the road just off I-95 near Savannah, GA is a very popular Geocaching Travel Bug Hotel. This one is more than just a larger Tupperware able to hold some trackables. This one took some creativity and imagination to assemble. It's even got a front desk, clerk, and rooms to check in to! 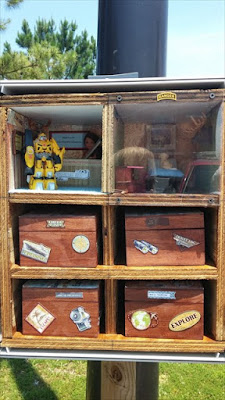 Next stop and not far away, is a virtual cache located at the Mighty Eighth Air Force Museum. Getting our picture with the F4-C Phantom gives us credit for finding the Geocache. This was one of 3 planes on the grounds and free to view. 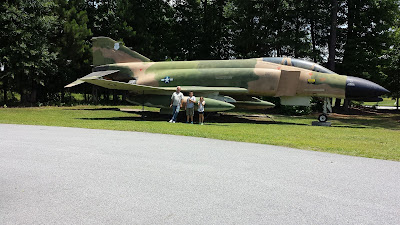 Just across the border into South Carolina, rests the next virtual Geocache on our route. This 1910 wood burning locomotive was on display and a bit rusty! 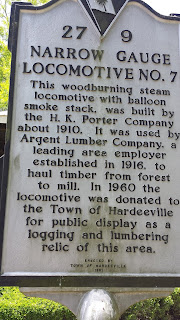 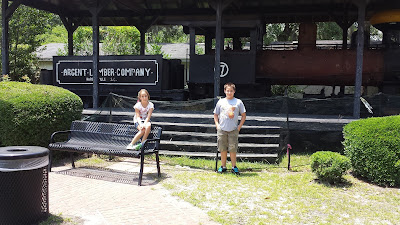 Continuing our drive up I-95, we detoured again for a little piece of American History. The Sheldon Church Ruins was originally built between 1745-55. Then during the Revolutionary War, burnt down by the British Army. After the war it was rebuilt. However, only to be burnt down again by the Union Army during the Civil War! So they just left it as it was. Although it is still used today for special events and services. It must see place to visit the next time you're traveling up I-95 through South Carolina. 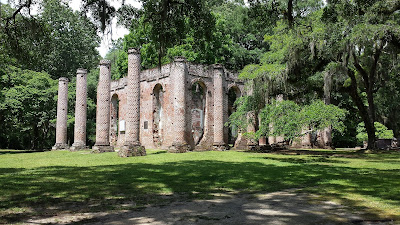 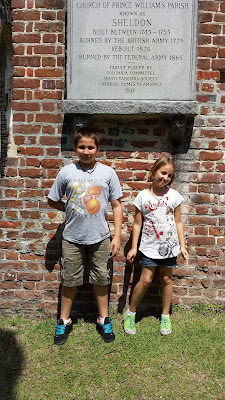 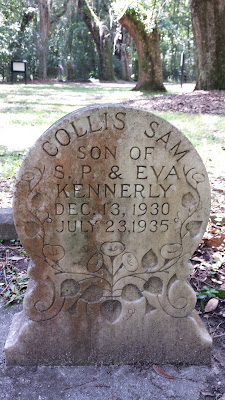 Next stop further up in Manning, SC was this mural painted on the side of one of the building in town. There are several murals around town that depict Francis "Swamp Fox" Marion and his battles against the British Army in and around Clarendon County. 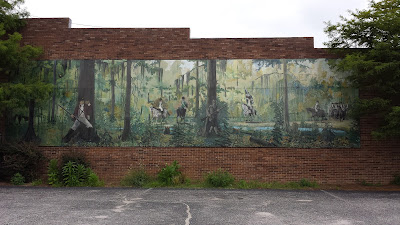 Continuing northbound to I-95 exit 181 in South Carolina, we stopped to view this old cotton press built in 1798. Again another piece of history learned thanks to Geocaching. 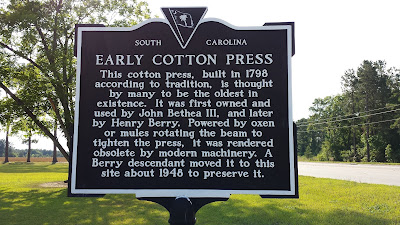 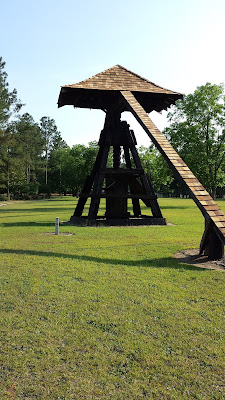 Finally in an effort to make up some time from all the stops, we continued straight on through North Carolina and just into Virginia to find a hotel for the night. Time for some rest.
Until tomorrow... 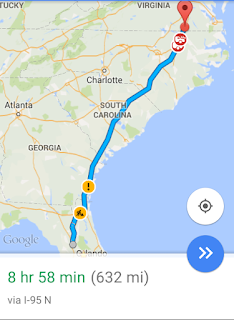