Day four of our 2014 summer road trip and we picked up 12 caches in New Hampshire, Vermont, and New York. One of the reasons for driving up this way was to go Geocaching in NH and VT. Now we have found Geocaches in 49 of the 50 states! The only one left is Hawaii. But that's for another adventure...

Our first stop and cache for the day was just down the road in West Burying Ground 1772, located in West Chesterfield, NH. Not much is known about this cemetery, but we did find a couple of headstones dating back to the late 1700's. 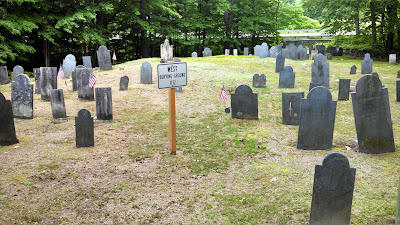 From there we continued westbound on Hwy 9 across Vermont. We grabbed a couple of quick caches during gas or food stops, but nothing worth noting. But just before we crossed the VT/NY border, we saw this huge structure sticking out above the trees and had to investigate. It turned out to be the Bennington Battle Monument. It is the tallest structure in all of Vermont and commemorates the Battle of Bennington that lead to the turning point in the Revolutionary War. Turns out there was also a Geocache hidden here as well. 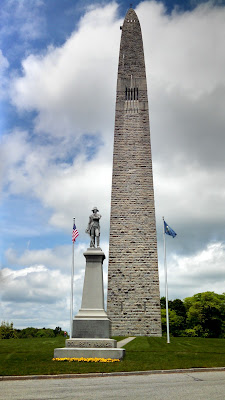 OK, so here's another great story and reason for Geocaching. After leaving the monument, we crossed over the border into New York. Several miles down the road, that probably millions of people have passed by without even noticing that it's there, was a virtual Geocache. The reason was to give notice to this single headstone / monument for Mike Kane. "Killed here by unknown assassin July 26, 1930."

Further investigation by other Geocachers have found that Mike Kane was a Bennington taxi driver and was murdered along Route 7 near the Stone School House. His murderers were not caught until 1936. A Mr. Pencus and a Mr. Franco were arrested, convicted and sentenced. A Miss Mark was also arrested and charged. She turned state evidence and was not prosecuted. 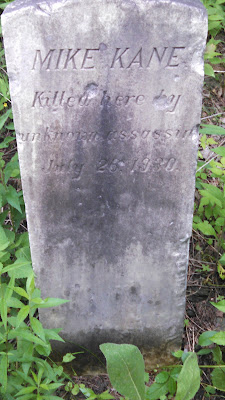 Going further west, we arrive in Albany, NY, the state capital to view some of the sites and find 3 virtual Geocaches. The first was the King Memorial Fountain, designed by Scottish sculpter J. Massey Rhind. Second was the Women Veterans Memorial, followed by a geometric sculpture near the Empire State Plaza. We also took some time to walk around and admire some of the architecture in the area. 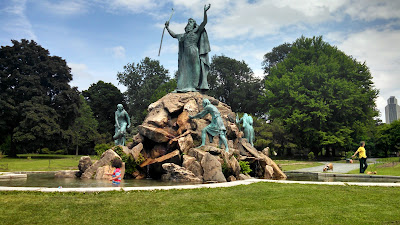 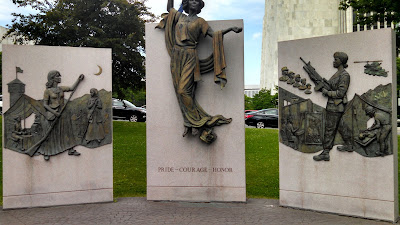 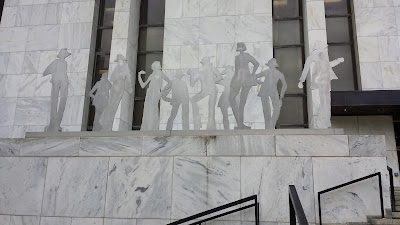 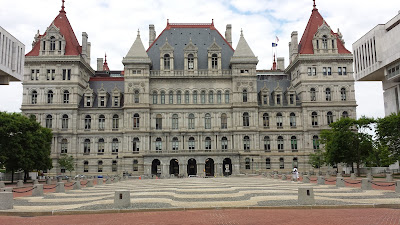 By now time was against us and it was getting late in the afternoon. I wanted to make it down into western Pennsylvania for the night, but I also wanted to make a few quick stops by some historical mansions along the Hudson River. Because it was late, we didn't have the opportunity to tour the inside. We did get to view the grounds around the outside. They were the Ogden & Ruth Livingston Mills Home, the Vanderbuilt Mansion, and the FDR mansion. 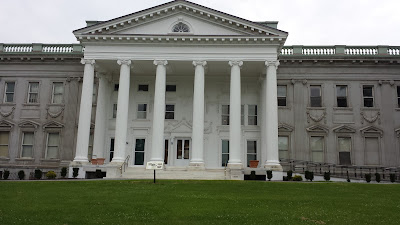 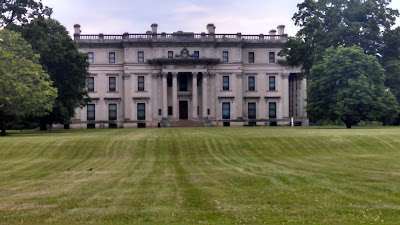 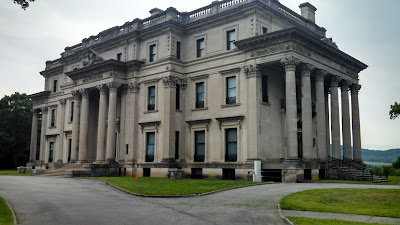 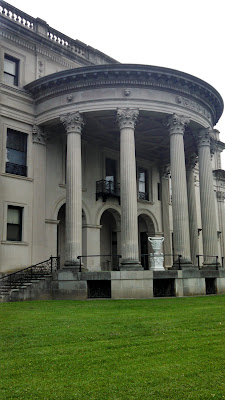 Now it was time to drive off into the sunset and into the evening to get halfway across Pennsylvania. It was a full, fun, and adventurous day, full of beauty and history! And we're only halfway in our road trip. Time for sleep!
Posted by Mark at 11:50 PM