Today is another big day! Not only is today my birthday, but today we're setting out to get a Geocache that has been on my watchlist for a couple of years. Another example of Geocaching bringing you to some really cool places!

If you were visiting western Pennsylvania or even Pittsburgh, you probably wouldn't have any idea this place was even here. It's not a tourist area. There's no signs directing you here. So unless you're either a local or a Geocacher, you'll probably miss out on this great adventure.

Just a few miles off of I-80 near the town of Clarion, NE of Pittsburgh, remains the remnants of a bygone era. The rails and ties that run through the woods have been removed. But the tunnel and the train trestle bridge remain. High above the Clarion River is the Clarion Trestle. Only used now for hikers, adventure seekers, and probably some party goers too.

After exiting the Interstate, we drive a few miles through some winding back roads until we reach the small pull off area for parking. I grab the backpack with water and flashlights and we begin the climb up the hill to the level ground where the tracks used to lay. Its not long before we see the eerie dark hole into which we must pass through. You don't realize the size of the tunnel until you reach the entrance. It was huge. Then excitement continues to build as you look into the darkness and see the tiny light coming from the other end. 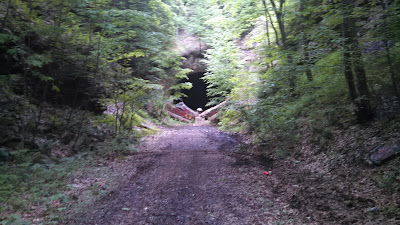 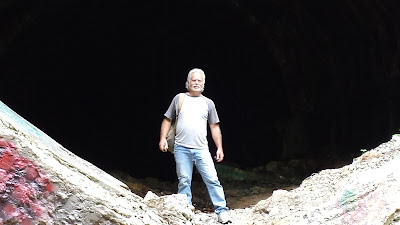 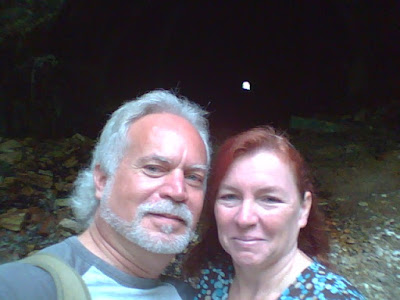 I didn't think to measure, but the tunnel must have been 500'-600' long. It was damp and cool inside. And I didn't smell or hear any bats either, so that was good. Once we pass through the tunnel, we see the trestle bridge high above the river. Also, this side of the mountain seemed a bit foggy with a lite drizzle of rain. We started to venture out over the bridge, but the wooden R/R ties seemed a little slippery and damp. So we decided to follow the path running parallel to the river to get the Geocache. It was about a half mile hike through the woods with the last 200' going up the side of the hill. 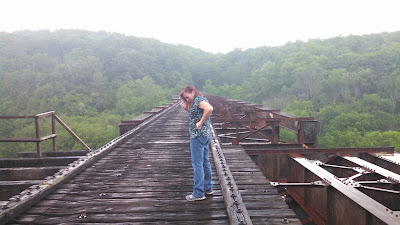 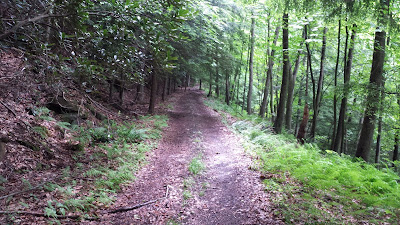 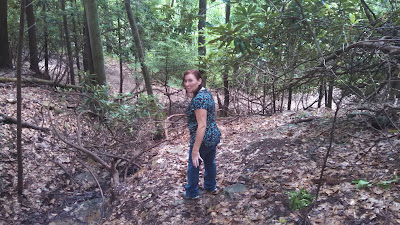 After hiking out of the woods and back to the bridge, the sun had come out and began drying things off. So we felt a little safer out on the wooden beams and we decided to go walking out further and enjoy the views from high above the river. You just can't do this on most train trestles because they're still in use. You get caught in the middle of the bridge and a train comes, you got nowhere to go. Here you can take your time and enjoy the views, the peace, and the serenity. 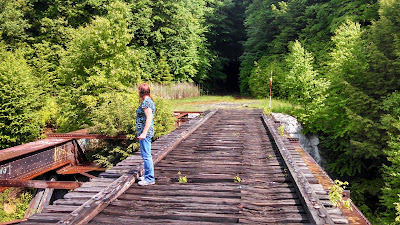 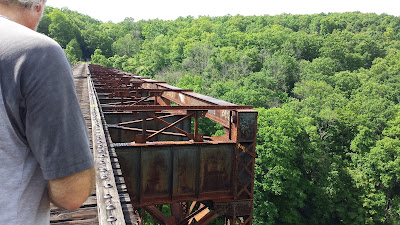 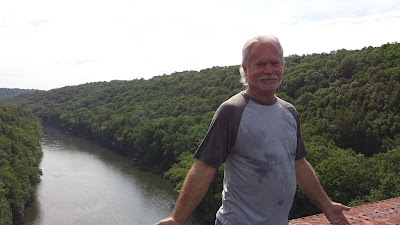 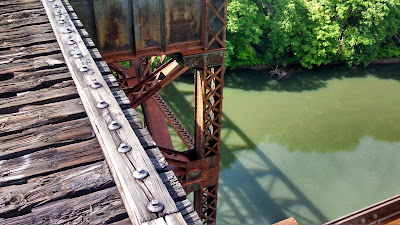 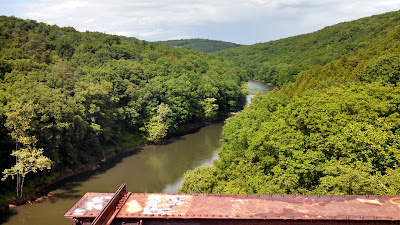 And now for the really spooky part. With the sun shinning, warming the air, and high humidity, the cool damp air from within the tunnel began pouring out in a fog like a flowing river. And once inside the tunnel, the fog just filled the whole thing. The first time walking through you could at least see the other end. This time you couldn't see but 20' ahead. Kinda like driving through a thick fog at night with your headlights on. When we got to the center, we turned and looked in both directions and you could not see the outside. 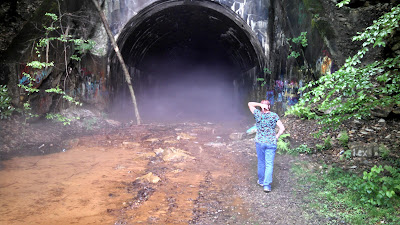 Continuing to press on, we finally began to see the light at the end of the tunnel and made it back to the car. Across the street was another small creek. Beyond the creek you could see that there were several cement support structures that one held the railroad tracks crossing over on that side. They were probably 25'-30' tall. There was also a Geocache atop of one of those, but we hadn't anyway of climbing to reach the top of it.

On thing I learned was to always check ahead of time, even at the last minute, for any additional caches. Down in that little valley among the back roads, I lost cell phone service. Even with Verizon! Anyway, I had only written down and programmed those 2 caches from when I first started watching them. If I would have checked again that morning, I would have noticed that there was another Geocache located right at the bridge. Just a little hike down the side of the hill to its base and we could have made it two cache finds there. Oh well... another time.

We managed a couple more simple Geocaches that afternoon, but called it an early day after the long drive yesterday and into last night.