Well I made it back to Texas. Making sure that I made it back today so that I can be at work tomorrow, I made fewer Geocaching stops. After waking up Sunday morning and making sure my wife had everything she needed, I said my goodbyes and packed up the GeoDogs into the car. 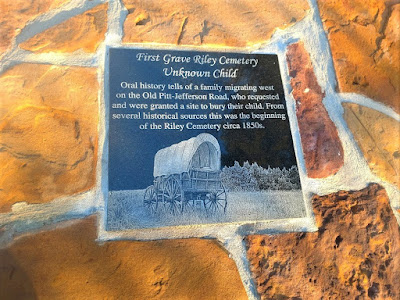 Day #5: I drove just over 700 miles from Baltimore to the western outskirts of Nashville. Only one quick cache (GC4MH5D) at a truck stop in Tennessee for gas, food, and dog walking.

Day #6: Yesterday I'm up early and hit the road on I-40 westbound. I finish Tennessee, through Arkansas, and into Texas. In Texarkana, I turned south down to Atlanta, TX  for my first cache in Cass County. A virtual geocache called Old Texas Rails (GC7EF2) at the old railroad station. The town was established in 1871 when the Texas and Pacific Railroad made a stop here and named after Atlanta, GA where many of the early settlers were from. 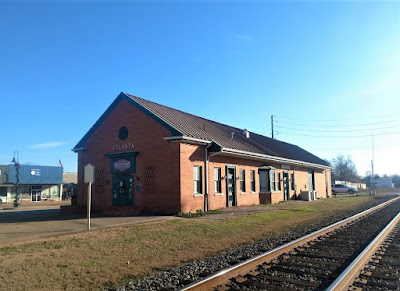 Continuing west on Hwy 155, I get to the small town of Avinger, also in Cass County.  At the Mt. Plymouth cemetery was my next cache (GC13TKN). Most of the cemetery was well kept. But there was this one area off to the side that was in bad shape. It's sad to think that the church next door wouldn't take better care of it. 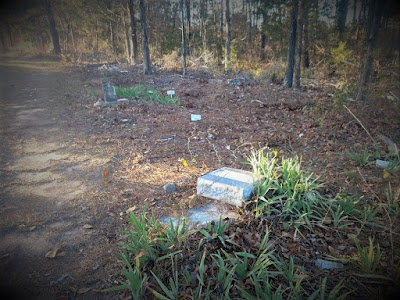 My next county was Upshur County and the town of Ore City. The cache was called Twisted Chimney (GC69QAP). It was down the hill from this unique chimney which was the only remains of an old house. The name Ore City comes from the ore deposits found here prior to the Civil War. Only small amounts were extracted until 1910 when a large scale operation finally materialized. 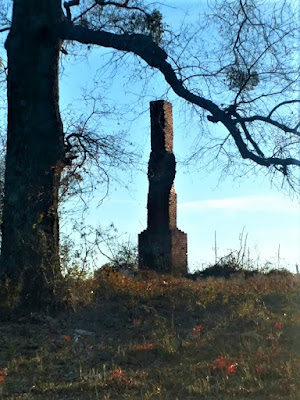 Camp County was next on my list and a stop for the Life of Riley cache (GC17BXV). From the historical marker: "The oldest documented grave in Riley Cemetery, that of Louise Gillum, dates to 1859. The land was acquired by John Riley Sr, in 1875, and became known as Riley Cemetery. Early settlers buried here include John and Elizabeth Keeling Riley and their five children; Confederate Captain George W. Keeling, a former member of the Georgia State Legislature; the family of M. H. Couch, whose name graces that of Couch Mountain, Camp Counties highest elevation point; and many area pioneers whose decedents continue to live in the area and maintain the historic graveyard." 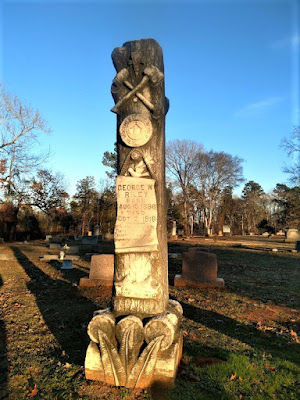 Also in the Riley Cemetery is this marker which tells another story. "First Grave Riley Cemetery; Unknown Child; Oral history tells of a family migrating west on the Old Pitt-Jefferson Road, who requested and were granted a site to bury their child. From several historical sources this was the beginning of the Riley Cemetery circa 1850's." 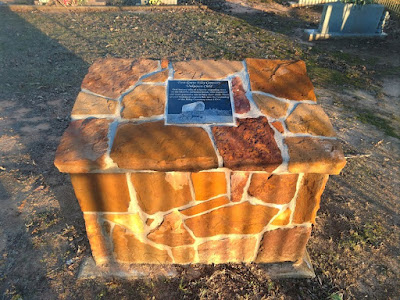 Day #7: This morning I started out in Decatur, Texas in Wise County. I was planning on just grabbing the quick airport cache. I still had 400 miles to drive today and didn't want to arrive late in the evening. Well I turned down the wrong road and I figured well I'll take a quick look at the Oaklawn Cemetery. After about 30 minutes of looking at headstones, I realized I'm spending way too much time here. So as I'm exiting through the gate to grab the other cache, I though well I'm already here lets get this cache (GC6CMT2). But then there's a BUNCH! OK, just one. Yeah right! I find this one and then decided to get another since I'm already here (GCXT4X). Finally deciding the rest will have to be skipped in order to get back on the road again. I got 3 more counties to get before making my way back to I-20 Westbound. Ugh so depressing to skip caches. 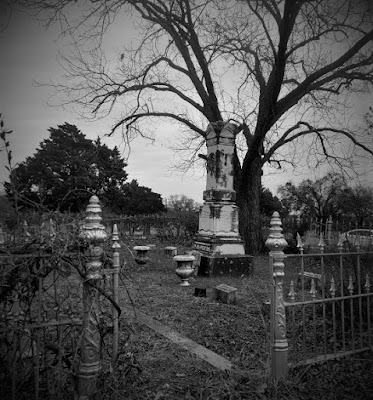 Moving on my way to Jack County, I grabbed a quick roadside cache fittingly called "Traveling" (GC6AE23). Following US-380 to Young County to find the "Saints Alive" geocache (GC1T3V6) near a church. Then over to Stephens County for my last geocache (GC2WEA7) of the day.

That finished off most of my NE Texas counties that I needed to get. Now I made the 260 mile beeline back to Monahans to end the week.  Time to unpack, do laundry, and prepare for work tomorrow. And start planning my next trip.
Posted by Mark at 2:42 PM