Today I'm going Geocaching on my own. Candy is working and we'll be leaving the area this weekend headed to West Texas. There's a few more cemeteries that we haven't found yet and I wanted to get a few.

So I head north on US-96 up to San Augustine. From there I turn west on the historic El Camino Real, otherwise known as Texas Hwy 21. A few miles down the road I get to my first cache called "Turn Here!" And so after a quick find, I turned here. Back around and the direction of home.

The next stop is the long forgotten Woolen Cemetery (GCW9WC) and next Geocache. The sad and overgrown cemetery dates back to the late 1890's and early 1900's. Probably the only people that come out to the cemeteries to remember those laid to rest are Geocachers. 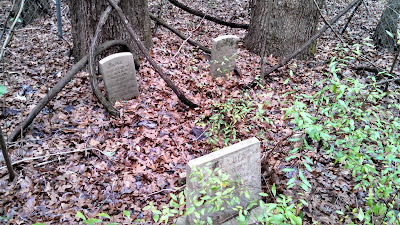 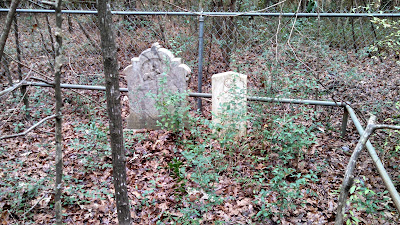 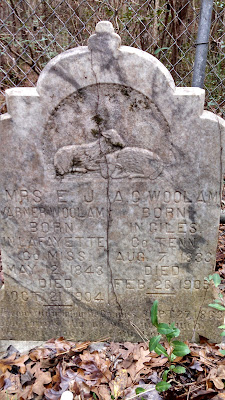 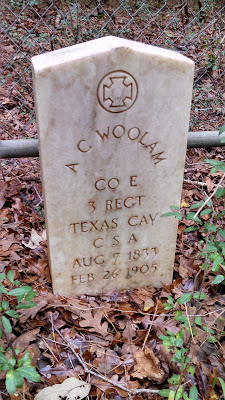 Next stop along the highway was the cache at the Saunders Cemetery (GCPF6Z). Still in use today, this cemetery has a few headstones dating back to the 1800's with the oldest at 1875.

The last cemetery today was the Thomas Cemetery (GCNNVT). In 1822, North Carolina native Benjamin Thomas, then in Alabama, read and advertisement calling for families to settle Stephen F. Austin's colony in Texas. Between himself as head of his family, his wife Mary Ann "Polly" (Dickinson), eleven children and seven slaves, he qualified for more than 3,000 acres. The family reached Natchitoches, Louisiana in Feb 1822 and stayed there until July waiting for Austin to escrort them to their new home.

The Thomas Cemetery comprises two acres in the James W. Moss survey, near where the Thomas Plantation home stood.Benjamin Thomas died in 1834 and Mary died in 1840. Their graves and many others are believed to be marked by native fieldstones. The oldest dated grave is for Sarah Moore Fitzgerald (1795-1840).

The last geocaching stop was for the Historic Hwy 21 roadside picnic area build in the mid-1930's.

That was it for my quick Geocaching drive for today. Thanks for riding along.
Posted by Mark at 11:38 PM