This weekend was another big adventure day with the Geocaching gang. Our challenge for today was to conquer the Urban Jungle/Fear Factor, a D5/T5 rated cache right in the heart of the city of Ocala.

Because it was a 2 hour drive from home, Candy and I decided to drive up yesterday and do some local Geocaching. Then stay the night so we wouldn't have to wake up so early. We picked up 28 caches yesterday with the Southern Fried power run series along with a couple of others mixed in.

Then this morning we met up with fellow cachers: clark boys, Daykinator, FL-Geo-Trekker, saylorboys+mom, TeamFelixG, and TeamReedica. The rendezvous point was in an office parking lot, the coordinates for Stage 1 of a 7 Stage adventure. The best way I can describe the Urban Jungle/Fear Factor cache is like walking down into a long neglected football stadium, overgrown with oak trees, palms, ferns, and other plant life. Mix in some rocks, holes, and a cave and place it behind a WalMart and you have the Urban Jungle.

Some background story from the cache owner was that this was once a quarry long ago. After the miners closed shop and left, the city eventually took it over and made it into a park with picnic tables, nature trails, etc. Then that went unfunded, neglected, and overgrown. Homeless people come and go. And at one point a troubled high school boy was kicked out of his home and he slept in the cave while going to school. All I know is that once you hike down into it, you completely forget you are behind a WalMart or anywhere near civilization! 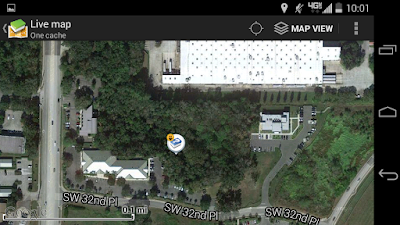 OK, back to caching... I think the entire place was only 400' or so across, so finding 7 stages to a multi-puzzle cache it seemed as though we did a lot of criss-crossing back and forth. I don't believe the terrain was all that challenging, especially after the bushwhacking hike of a couple weeks ago. Although there was a tree climb involved at one stage and a rock slide climb at the final. The difficulty of the hunt was actually finding the caches as they were hidden very well. 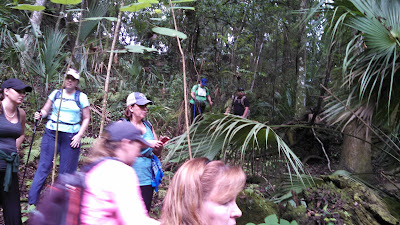 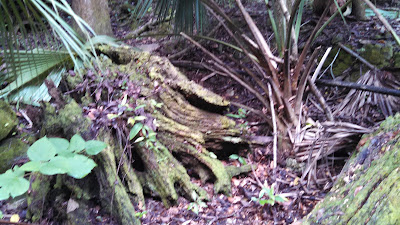 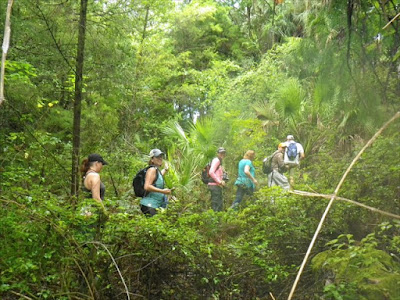 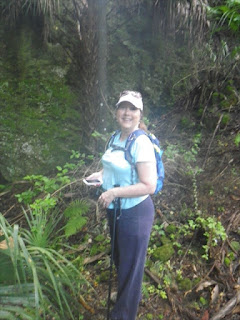 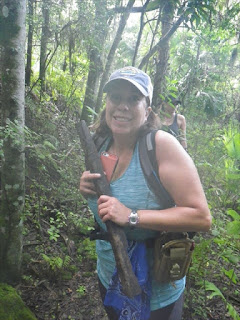 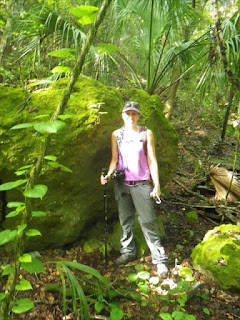 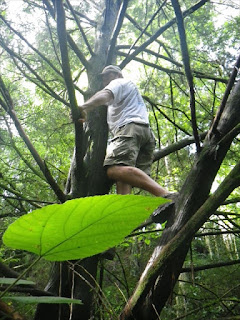 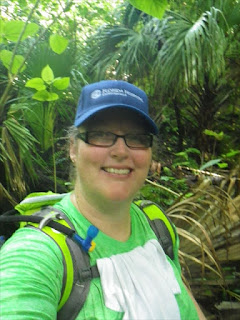 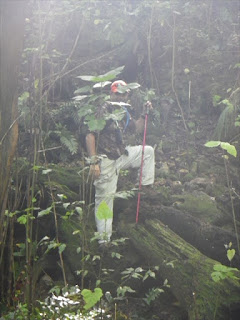 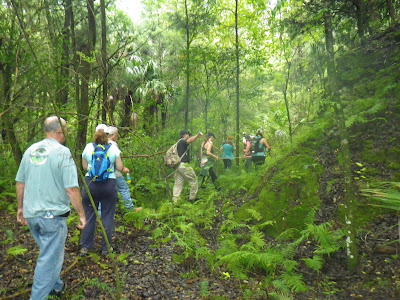 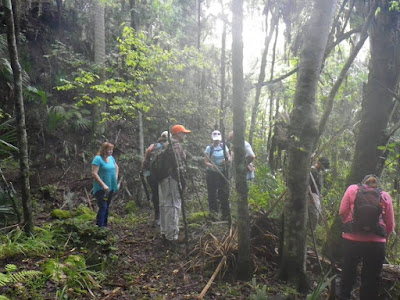 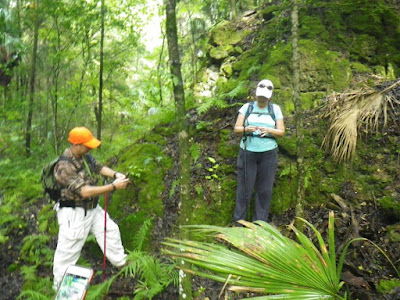 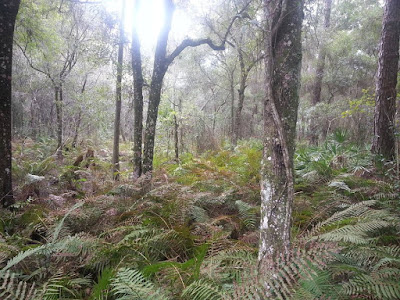 After 20 minutes of looking for the final stage, our mission was accomplished. We overcame and conquered the Urban Jungle, and our Fear was NOT a Factor! It was another great adventure and just one more reason we like Geocaching! Because those hundreds or thousands of muggles (non-cachers) who may shop at the Wally World to the north, they never know this place even exists. Now, where to next? 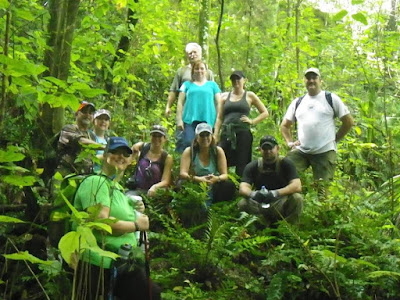 (Thanks to TeamReedica for taking the photos.
I hope you don't mind me using them because I forgot to take some.)
Posted by Mark at 9:35 AM