Today is Saturday, only two more days of vacation, and we're still in Tennessee. We really don't want to go home. But...

Waking up in Hillsboro, TN, we had one more local virtual Geocache over by Arnold AFB to get before continuing southbound, then a few more caches in new counties. Then it was a cache stop in a very well known place in Lynchburg, TN. The home of the Jack Daniels Distillery and Visitors Center. While Candy and I are not much for drinkers, although the Jack Daniels BBQ sauce is pretty tasty, we opted out of the tour and just found the cache. 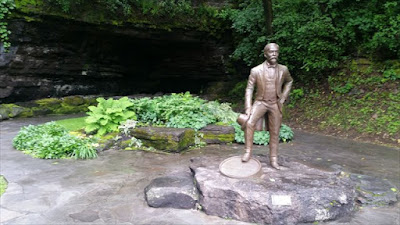 Next stop was Stonebridge Park located in Fayetteville, TN. Within the park is a stone bridge representative of the famous stone bridge that once spanned the Elk River. There's also this log cabin from the 1700's converted to a visitors center. 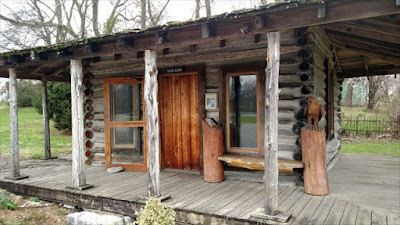 Here's another example of why we go Geocaching! This is not a public park, not a tourist area, no signs along the road pointing the way. This is private property, somebody's private residence. However, they allow an earthcache here so Geocachers can come and appreciate the beauty of this natural bridge. The history behind this area was that it used to be an unauthorized dump. There was anything from household trash to appliances and even a car dumped here.

This couple happened to notice the natural bridge among the rubble. In 1997, they bought 15 acres that included this bridge and waterfalls. Cleaned it up and began building their dream home. They have since acquired approximately 40 more acres to preserve the area. 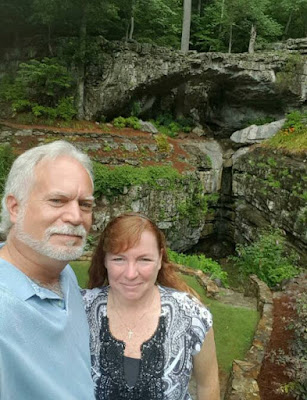 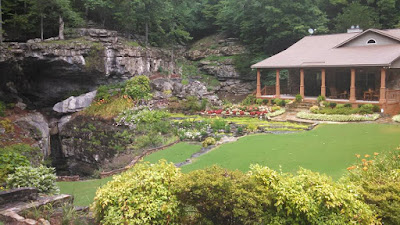 Even further down the road is another earthcache in Gadsden, AL. Noccalula Falls is a 90 foot waterfall flowing from Black Creek. 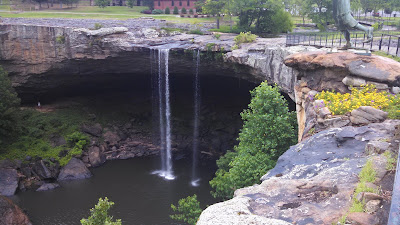 A few caches later and it's time for a hike. And what a great hike it was! Located within the Talladaga National Forest in East Alabama, is the Cheaha State Park. Within the park and on Bald Rock is the "Cache Across America" cache. From the parking area, it was an easy hike to the viewing platform on the boardwalk. A little bit rougher, but still an easy trail to the cache site. This is the highest point in Alabama. 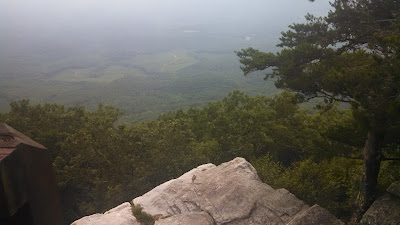 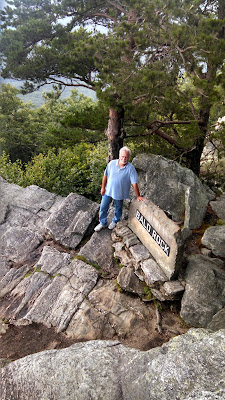 Our last stop for the day was the Brown Bomber. LaFayette, AL was the birthplace of Joe "The Brown Bomber" Louis, the World Heavyweight Boxing Champion from 1937 to 1949. Here you'll find a statue in his honor outside the courthouse. 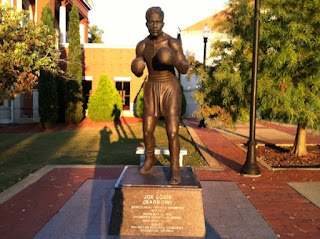 We ended the day in Opelika, AL. Still 400 miles to go and one more day to get there. Hopefully, we still have time to do some Geocaching tomorrow too. Stay tuned.
Posted by Mark at 7:12 PM