Hello again. We started out in Bowling Green, KY this morning and a few local Geocaches planned locally before hitting the road again. First up on the list was a web-cam cache at Western Kentucky University. These used to be a LOT harder to get because you had to have to coordinate your visit with somebody near a computer to take a screen shot while you're standing in view. Now with smartphones, you can do it yourself. 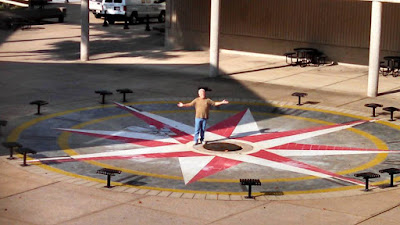 There was another virtual on campus at a memorial plaque talking about the occupation of Bowling Green of the Confederate Army before leaving Kentucky. A few blocks away was the next earthcache at the Historic Railpark and Train Museum, formerly the Louisville & Nashville Railroad Depot. Built in 1925 replacing an older facility, the depot was made from local limestone. 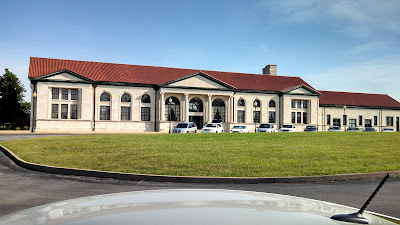 One last historic virtual cache before leaving Bowling Green was the Riverview House at Hobson Grove Park. Construction began on this house in the late 1850's, halted by the Civil War, and finally completed in 1872. 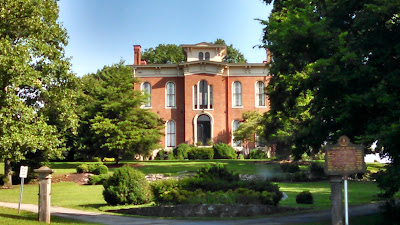 Moving on down the road to Glasgow, KY was our next stop at this First Responders Memorial next to the Glasgow Fire Department. 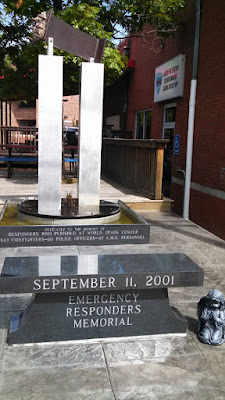 From Glasgow heading SE on Hwy 90, we grabbed a quick cache at a cemetery and new county in a little town called Summer Shade. Then taking some back roads down to Tompkinsville, KY, we found Old Mulkey State Park. Located within this historic park is the Old Mulkey Church. The church was founded in 1773 by Philip Mulkey and the building constructed in 1804. Daniel Boone's sister, Hannah, and Revolutionary War soldiers are buried here in the graveyard. 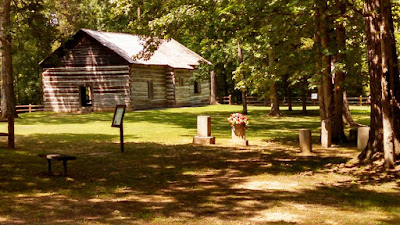 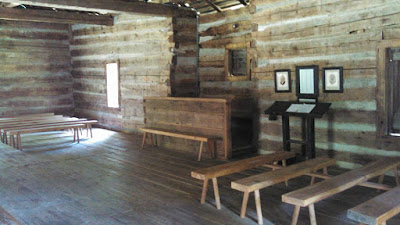 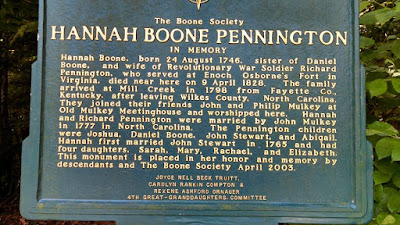 Continuing through the backroads of Kentucky and into Tennessee, also Geocaching along the way, we come across "Odd Fellows Cemetery." Located in Baxter, TN, what's strange about this cemetery is a double headstone for Thomas J Stowers. I guess you can say he has a headstone and a footstone! Who's Thomas J Stowers you ask? Well he claims to be the sole survivor of General George Custers last stand on June 25, 1876. 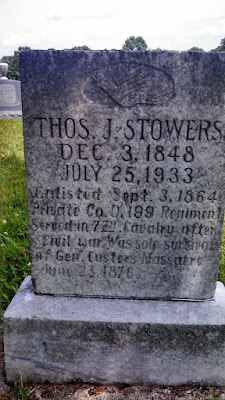 After a few more standard caches and a 23 cache power trail along US-70, we finally got to do a little hiking in Walling, TN. Near the junction of the Caney Fork and Collins Rivers you'll find the Twin Falls and the down river trail. A great moderate trail along the banks of the river with some very scenic views. There were two caches here, one being down the trail. Again not a bad hike until you got to the last few hundred feet it went uphill by a water fall before finding the cache. 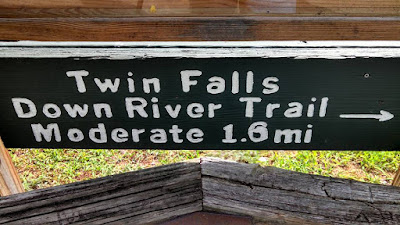 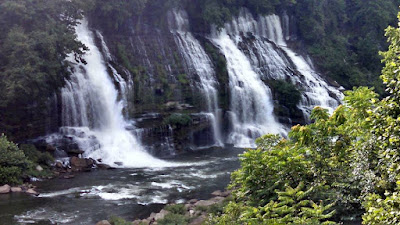 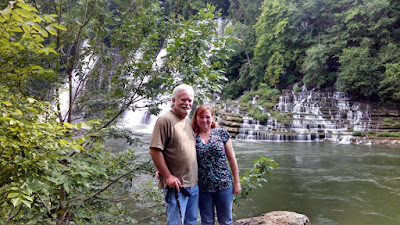 We ended the day in Hillsboro, TN. Our Geocaching total for the day is 38, add in some history, a hike, and spending time outdoors with a great lady makes for a fun adventurous day!
Posted by Mark at 2:56 PM