Today we decided to drive down to Galveston Island, TX with my son to do some sightseeing. After an IHOP breakfast, we hit the road. Down in a little town called Seabrook, we pulled over for gas. I noticed across the street a couple of rather large colorful pelicans. While I was pumping the gas, I checked my phone and sure enough there was a Geocache over there also.

So we went across the street to investigate. There was a small city park called Mohrhusen Park, named after Lois Mohrhusen who served on the Seabrook City Council for a number of years. Kinda like the Frog statues we saw, this town celebrated pelicans. Here's two of our favorites. 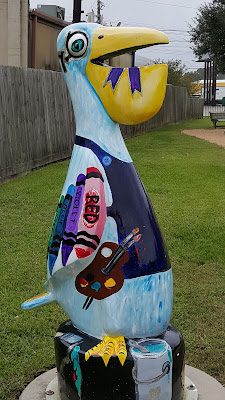 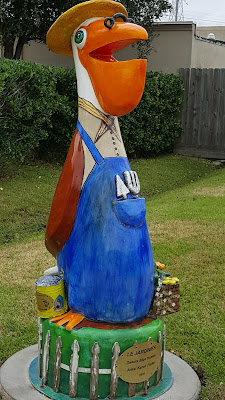 Also across the street in a different direction was this rather small and unusual looking building. Currently housing a law practice, it was once an ice house dating back to the 1930's. I'm kinda curious about what's up on the roof. 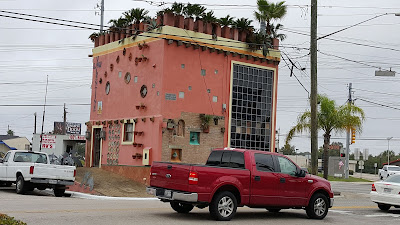 Arriving down on Galveston Island, we went over by the beach front to check out the pier. Not much going on right now as the tourist season is over. But we parked and took a stroll. We couldn't get very far down the pier as most of it was closed in the off season except weekends and evenings. 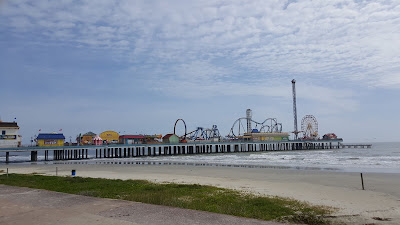 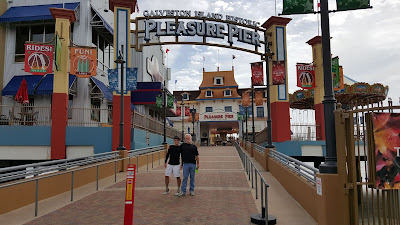 There's my 18 year old son. An adventurer himself having just finished hiking the 2200 mile Appalachian Trail a few weeks ago. 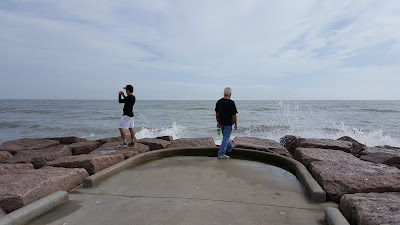 Before leaving Galveston Island and heading back home, we could leave without a little Geocaching. So we did stop by two local cemeteries and to two caches. Then we made our way back to the hotel in Beaumont.
Posted by Mark at 11:16 AM