Because it was so cold yesterday, today we decided to stay local and do some urban Geocaching around Lubbock. Our first stop was to see the Buddy Holly Center and Museum. It was closed this early, but we did get to see the giant glasses (a virtual cache GC6E04) and the memorial statue (GC640VA). Buddy Holly's hometown was Lubbock, Texas and they certainly pay tribute to him. 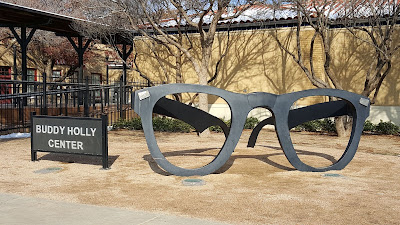 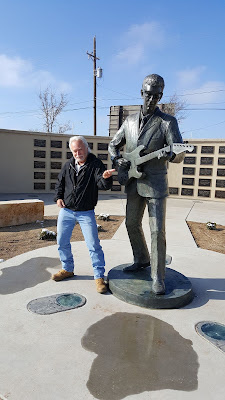 Not too far away over at the Eastlawn Memorial Gardens, is another virtual Geocache (GCC1AB) at Buddy Holley's gravesite next to his parents. There'a another Geocache here (GC1KJJV) highlighting the supposedly haunted aspect of this cemetery. This cemetery is one of the largest in Texas with over 60,000 graves and was established back in 1892.

Also while in the cemetery and with all the snow on the trees, Candy couldn't help it but to go over to one of the trees and shake all the snow off the branches! By selecting one of the taller branches, that also meant it comes down on her head too. 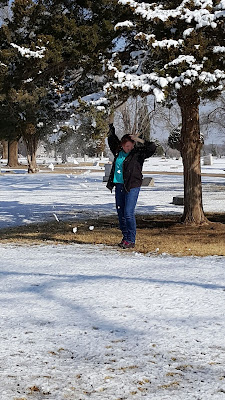 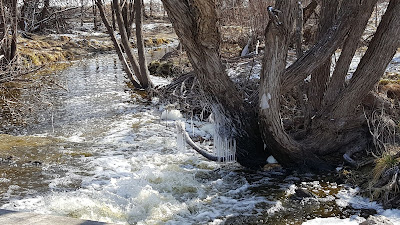 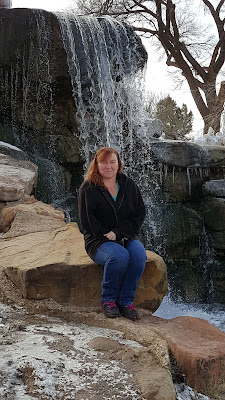 From there, we drove over to the campus of Texas Tech. Since it was Christmas Break, there weren't many students still here which made Geocaching a little easier. Though most of the ones we looked for, we could not find. We did see some very nice statues. 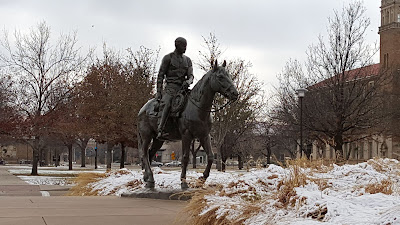 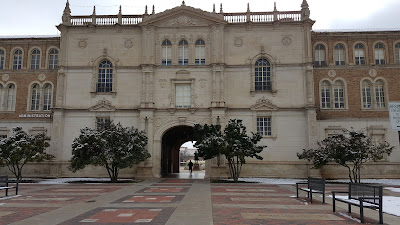 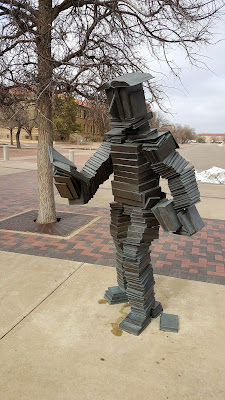 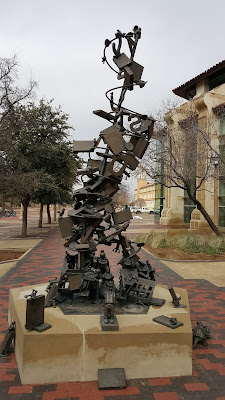 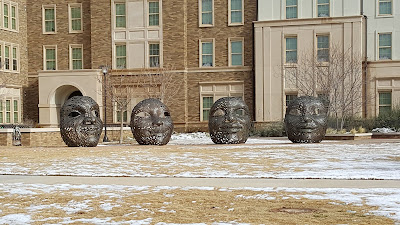 So that was it for today. We did learn a lot about the local history. Now time to go back to the apartment and thaw out again.
Posted by Mark at 11:19 PM