FINALLY! After two weeks in a Beaumont hotel, we finally moved into an apartment up in Jasper, Texas! Now we can finally unpack the cars, cook meals, and have some room to move around! That also puts us about an hour north and more opportunities to grab caches in new Texas counties.

The downside however is that the nearest Starbucks is either back down in Beaumont or almost an hour to the north west up in Lufkin! And it has been a rare occasion for Candy to go without her daily Starbucks. Having to work all week, Saturday and Sundays are not only gonna be Geocaching days, but a run to a Starbucks day too!

So this morning we took US-69 north and headed for Lufkin! After arriving in Lufkin and getting our Starbucks and breakfast at Cracker Barrel, I looked for caches in and around the town and saw a virtual cache. And we always try to get the virtual caches. This one was at the Forestry Museum. My first thought was that it would be a quick "find the answer and go" museum. But as it turned out it was rather interesting! We spent close to an hour there inside and outside looking at all the displays and learning about the industry. We also took 55 photos! But we won't bore you with that many. Just three pics: one inside and one each of Candy and I on the old train engine. A cool place if you're ever in the area and it's also FREE to enter and browse around. 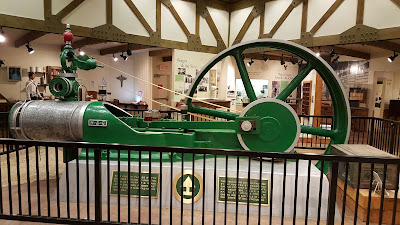 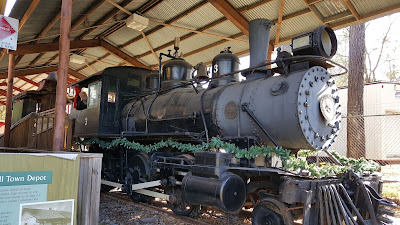 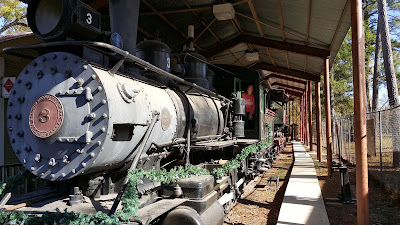 Another quick cemetery cache there in Lufkin and we headed back down US-69 to pick up some more geocaches along the way. The next stop was an old train trestle bridge. It was last found in December of 2013, with 3 DNF's in 2014 and nothing since then. I wanted to keep this piece of the past from going unnoticed. It's these locations that keep most of us Geocachers playing the game. I mean why else would anyone go down here. If we were not cachers, we wouldn't have stopped in this town. Just in case, I grabbed a couple of replacement caches depending on what we found (or didn't find) in order to keep this one active.

So we parked the car on the edge of a community park where the once laid railroad tracks passed through. We walked into the woods on the overgrown trail about 1/4 mile to the bridge. Looking all over the top and down below, I found only a tether attached to one of the pylons. If that was the cache, I can understand why it was missing. Looking at all possible locations, I decided it best to place a magnetic micro cache on one of the metal brackets that is reachable from the top, but only viewable from the bottom to make it more difficult to get muggled.

The only downside was that the container was white on a dark brown and black trestle. It stuck out like a sore thumb to any kid or person out there who may spot it. But I left it there in place. When we got back this evening, I looked up one of the local cachers to see if they go out there to: 1) make the find for themselves and 2) bring some brown spray paint to better hide the container. Which they agreed they would do so. 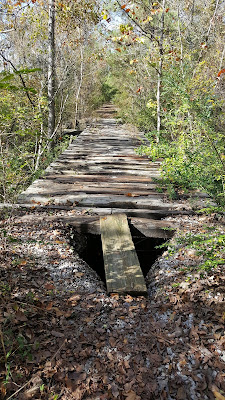 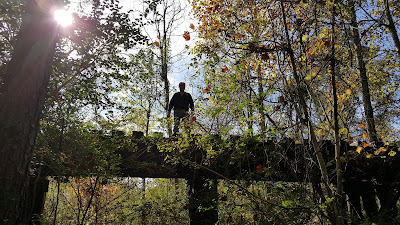 Another stop in Huntington was a cemetery cache. The geocache coordinates took us into the woods next to the cemetery a ways and we looked unsuccessfully for about 10-15 minutes. There was also some recent clearing and some new barbed wire put up between the woods and cemetery. So the best guess was that the property owner found and removed the cache. Oh well, you do have to DNF one at times.

The next cache down the road was a historical marker for the ghost town of Jonesville, TX located in Angelina County. Jonesville was the second of Angelina County’s four county seats, sandwiched between Marion and Angelina (aka Homer). It served in this capacity from 1854-1858. Jonesville never grew and in its short reign as county seat the people never got around to building a courthouse. County offices were rented. The 1858 election that made Angelina the county seat spelled the end of Jonesville. Ballots were said to have been burned and the resulting vote was recorded as 221 to Angelina while Jonesville got a mere 130. Jonesville residents fought with an opposing group from Angelina and some 40-50 people were indicted for the fracas. After the election Jonesville started into a decline from which it never recovered. 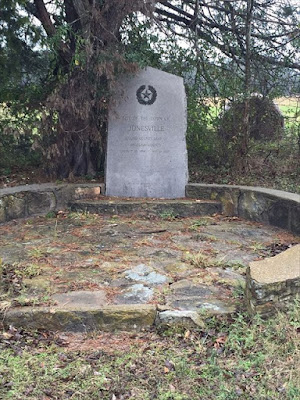 Continuing further south on US-69 and entering into the town of Zavalla, we found another cache at another old train trestle. Two train bridges in one day! This one right along side the highway and easier to get to. But still a nice piece of forgotten history. 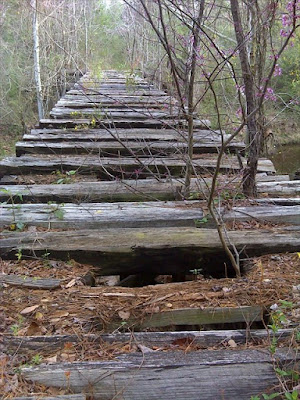 A few more geocaches around the east of Zavalla through some rough forest roads towards the Sam Rayburn Lake. Sometimes I drive our GeoPrius places that it just wasn't meant for it to go. That's why Candy bought me a license plate for the front that says: "My Owner Thinks I'm A Jeep." It would be an adventure if I kept it on the pavement!

That's it for today. I hope you are enjoying my blog of our Geocaching adventures. Feel free to share it with your friends.
Posted by Mark at 1:04 PM