This weekend my 18 year old son began his adventure, hiking the Appalachian Trail. So he needed someone to drop him off. Candy and I volunteered. We left Orlando early yesterday morning, stopping by Winter Garden to pick him up. It was a long drive up I-75 to North Georgia.

We didn't have a time frame to get there last night. He wasn't starting his hike until this morning. So on the way up, we stopped for 9 Geocaches. Several of which were in new counties. 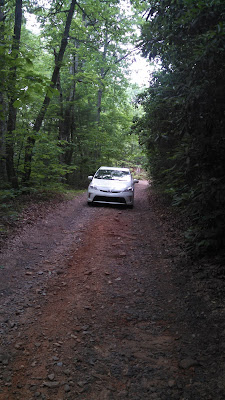 We arrived up in the area around 4pm yesterday and I knew the roads may be rough getting up the mountain to the trail head. Having some time to kill, we decided to go and check to see if the Prius could make it up there. There are several different access roads and we chose the one from the southeast, the Nimblewill Gap Rd. For the most part, it wasn't too bad. It was pretty winding, gravel and rock, a few rough spots and bottomed out a little bit. But doable. We didn't go all the way up to the parking area, having maybe a mile left. But in the forest it was getting dark quickly and I wanted to get off the mountain before then.
So this morning, we got up, checked out of the hotel, and made our way back up the mountain. Well that last mile wasn't anything like what we already went through! We bottomed out pretty bad and I thought I was going to get stuck. We couldn't go any further. So I backed up, turned around and we had to drive an hour around the southern part over to the Amicalola Falls State Park & Lodge. From there we took the access road up to the parking area. It was still rough going, but not as bad as the other side.

So from the parking area, you actually have to hike back south for about a mile to get to the actual start of the Appalachian Trail. So we hiked with him, took some pictures, and hiked back to the parking area. We would have liked to hike further with him, but with all the trouble getting up here, it was already noon and we had a long drive back to Florida. So we hugged, said our goodbyes, and wished him well.
Then we drove home non-stop except for food and gas. 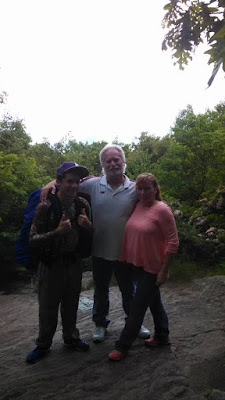 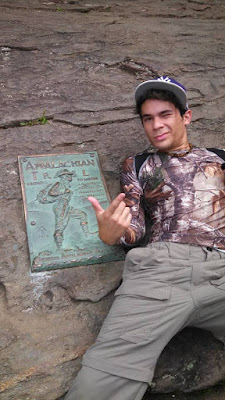 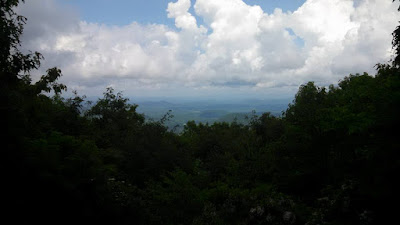 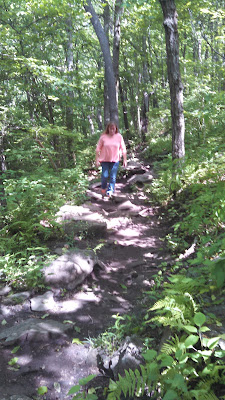