For today I stayed local, Geocaching around the SW Beaumont, Texas area. The first stop was Tyrrell Park. There were several caches within the park including this virtual cache of the Memorial Tribute to the victims of the attack on 9/11. 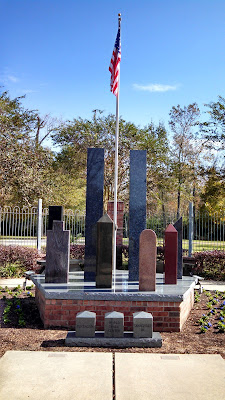 Next up was another statue. This one is of man's best friend, the dog. Can you see the cache in the picture? 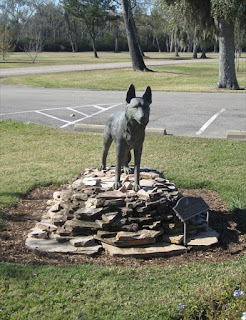 The next cache of particular interest was over at the Lincoln-Broussard Cemetery. This once neglected cemetery had been overgrown with trees until recently. The county had finally sent over a work crew from the Jefferson County Jail to clear the trees and brush, uncovering the many damaged crypts. So far none of the markers have been uncovered. Well at least they are starting to show respect to those buried here. 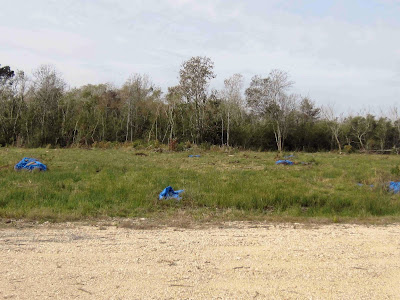 Overall, I ended the day with 12 cache finds before heading back to the hotel.
Posted by Mark at 6:43 PM