Well this weekend was a big move and another road trip. We are picking up roots from Central Florida and moving them to Texas. Candy has accepted a new job as a Traveling Occupational Therapist and her first assignment is in East Texas. It was sad to be leaving all our family and friends behind, but it was time to begin a new chapter, opening new doors, and explore new areas of the country.

So we stuffed everything in our two cars and what didn't fit went into storage. Yesterday morning we started out up the road and stopping off in Winter Garden. My youngest son (18) will be coming out with us for a little while. So we dropped off my car with him to drive out, while Candy and I rode together. He wasn't ready just yet but did manage to catch up with us last night at the hotel in Lafayette, LA.

Yesterday we had only made one Geocaching stop, a virtual cache at a cemetery in Tallahassee, FL. It involved finding the gravesite for Paul Dirac, the English physicist who won a Nobel Prize for predicting the existence of antimatter.

Also, when we left Florida yesterday we had two long days of driving ahead of us and little time for stopping. The initial destination was Sweetwater, TX which was another 8 hours further west. But as yesterday progressed, some complications arose with the facility and the assignment was changed to Kirbyville in Southeast Texas. So this morning we only had several hours of driving to do which gave us more time to explore and go Geocaching.

This morning after checking out of the hotel, we found a Starbucks and a nearby cache. That also gave us a new county find in Louisiana! A couple miles down I-10, we found a Cracker Barrel for breakfast and another quick Geocache.

Continuing further west, we pulled off and stopped in Rayne, LA to grab a cemetery cache. Here's another great reason to go Geocaching! The initial interest in Rayne was for the cemetery cache. But one we started driving through town, we found out that Rayne was the Frog Capital of the World. And all around town were these dressed up frog statues. Here's a small sampling of the many frogs around we saw. 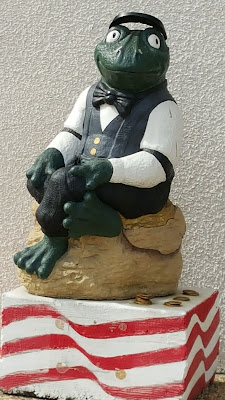 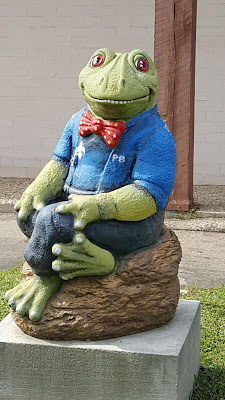 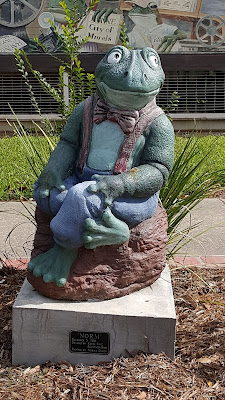 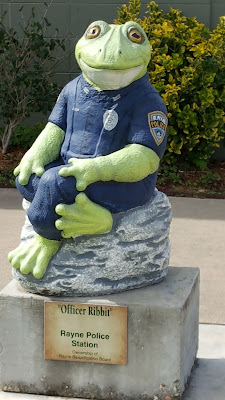 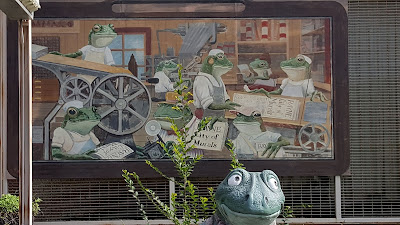 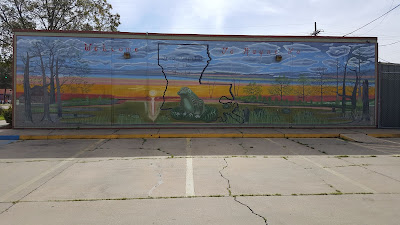 Oh, and let's not forget the cemetery which was the initial reason for stopping here in Rayne. It's the St. Joseph Cemetery and dates back to the mid-1800's. 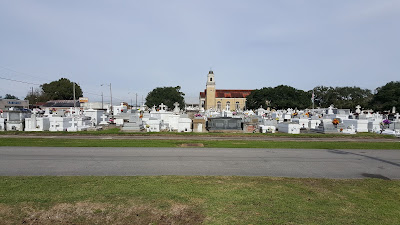 A few more stops in Louisiana to pickup new counties and we arrived in Beaumont, TX. We checked into a hotel here even though Kirbyville was almost an hour north of us. But it is such a small town, there isn't a hotel there that accepts a small dog. Oh yeah, Max the GeoDog is coming with us too. So we'll be here in Beaumont until her company finds an apartment for us to stay in. 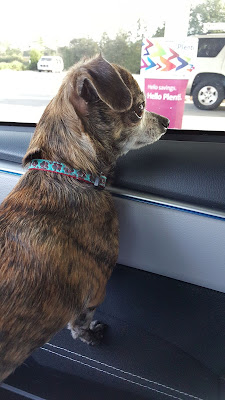