Today was an adventure unlike any we've had so far. Yes, we have gone on some long hikes. Yes, we've had some bushwhacking. But this was the first where the majority of the hike was some serious bushwhacking!

We met up with Geocachers TeamFelixG, Daykinator, norma627, clark boys, saylorboys+mom, princessjewel, gutfiddle78, and Lori8996 at the Rock Spring Run State Preserve off of SR-46. The challenge was to bushwhack our way to find the elusive BoonieMan Springs Geocache. Hidden back in November of 2006, it has only been found by 33 brave cachers in the 9 year period.

Gathering in the parking area, the only familiar face for us was TeamFelixG. So introductions began and some chit chat, putting on our gear like athletes preparing for the big game, and mentally preparing ourselves for the challenge ahead. OK, so that may be a little over dramatic! We put on our backpacks, got our hiking sticks and off we went.

The first mile or so wasn't so bad. A clear wide vehicle access road headed into the woods. About 2/3 of the way down we cleared the way for a truck to pass. Wait... we encountered a locked gate. How they'd get through? Why couldn't we have driving down through this first segment? All part of the adventure I guess. 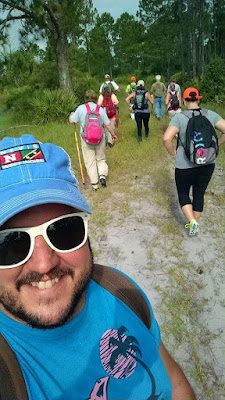 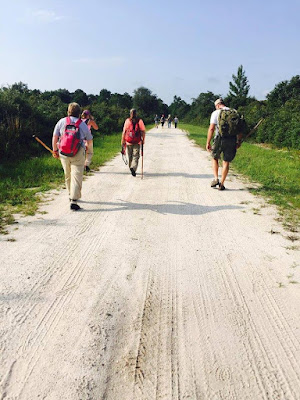 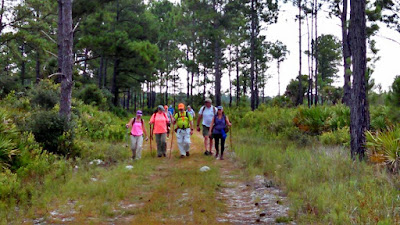 When we arrived at the turnoff point to start bushwhacking the so-called trail, we encountered the man in the truck. He was a researcher tagging and photographing the bear population. He gave us a lesson on the bears and showed us how one just used that tree the previous night to scratch their back. 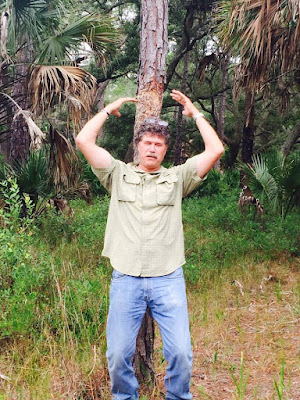 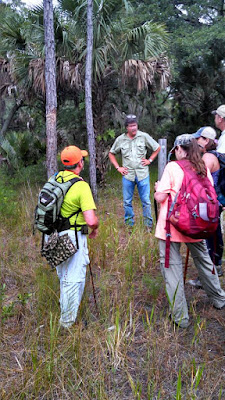 OK, back to our quest! It was bushwhacking time! Thick palmettos, bushes, pine trees, and the sun beaming down from above. A few of us took turns with the hard part of leading the way, but the big guy "clark boys" did the majority of the hard work and we all appreciated that. 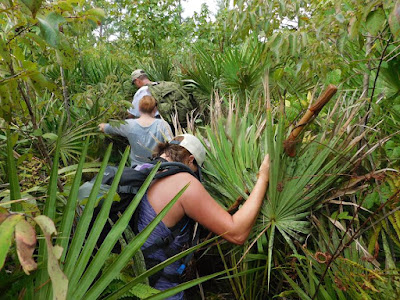 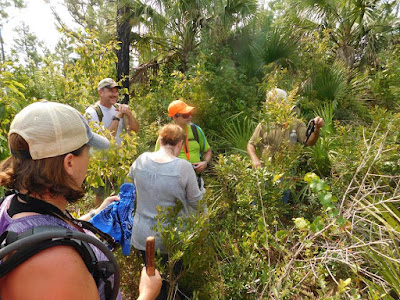 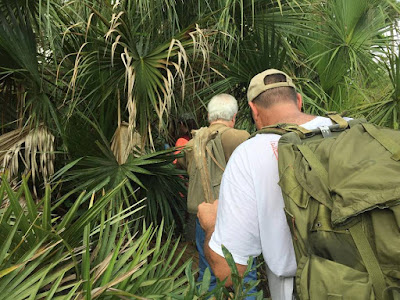 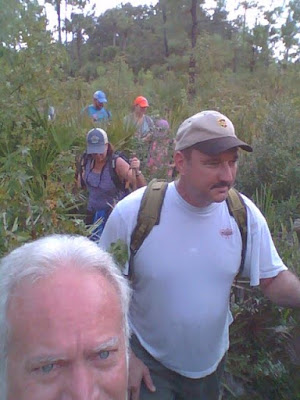 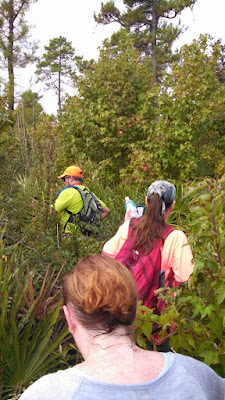 While most of the way was on dry land, there was some water crossing. I mean we were looking for a spring. 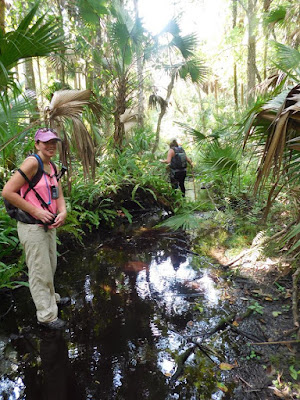 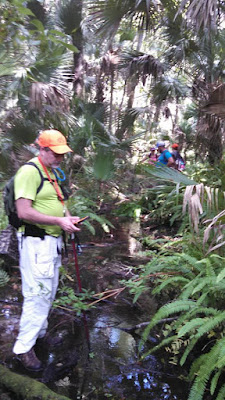 OK, so not much of being a beautiful spring. Smelled like sulfur also. Probably why the area wasn't cleared and converted into a park for families to come and picnic. Which is good because then there wouldn't have been the adventure we had today. 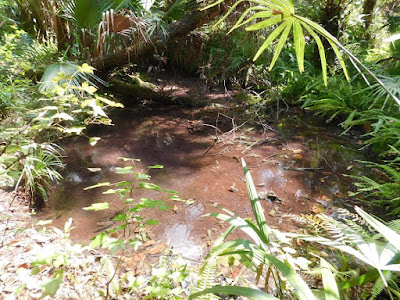 But the springs were not the prize we were after. Our quest was for the old ammo can Geocache! The 10 of us began to spread out and start looking for the cache. After about 5 minutes it was spotted by a few of us while we let the others search a little longer. Eventually we announced those words we like hearing: FOUND IT! The cache owner made arrangements with us to replace the old can with a new one. 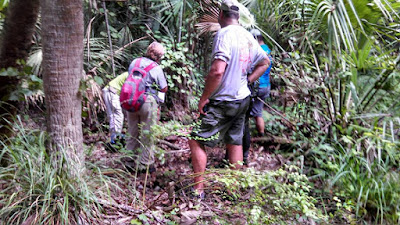 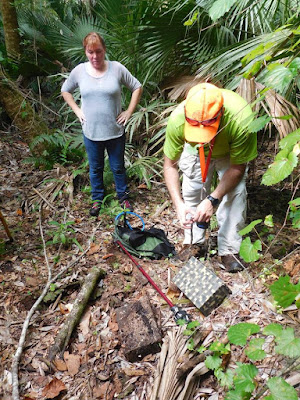 Celebrating with a bottle of bubbly, a group photo and a long break before bushwhacking it back to the cars. 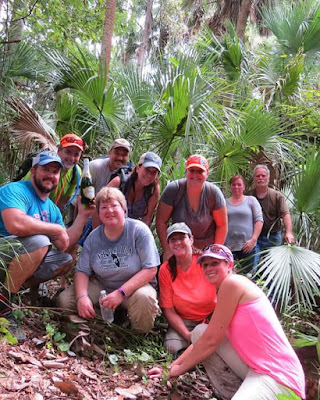 On the way back we decided to take another route for a change of scenery. Along this route we also encountered some thick mud. With 10 of us passing through, you know there's got to be at least one that will sink knee deep in the mud and have to be pulled out! We took another break upon reaching the vehicle access road because it seemed to be 150 degrees outside and there was absolutely no shade the rest of the way! 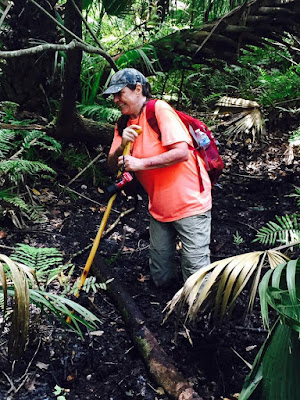 Finally we reached the parking area! Yep, we started with 10. Now there's 9. Candy was the only smart one already in the car, a/c on full blast, boots off, legs throbbing, and not able to stand back up to pose for the "after" photo. It was a GREAT day. We enjoyed the new friends we made and look forward to the next adventure! 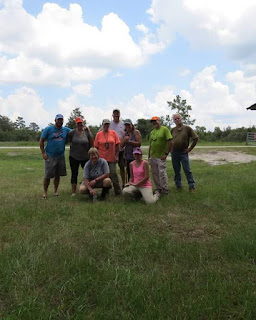