Today was a Geocaching day for finding lonely caches and cemeteries around Crosby County Texas. Lonely caches are either difficult or caches that are way out of the way in the middle of nowhere and nobody wants to drive to go find them.

So today we headed east on US-82 out to our first cache at the Crosbyton Cemetery (GC5HGV5). In 1909 when James Boggs, one of the -N- cowboys became ill and was thought to be dying, Julian Bassett had the Crosbyton cemetery laid out. TJ Walling, foreman, Buck Creamer, and JP Goins did the work. However, Boggs did not die. The first person buried at the Crosbyton cemetery was Willie Oliver, eighteen month old daughter of Mrs. Laura Oliver. She was buried on the north side where a small wooden fence enclosed the grave. 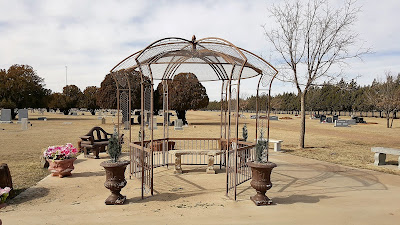 Just down the road, still in Crosbyton, is the Mt Zion Cemetery and our next cache (GC54293). Developed as a burial ground for the community's African-Americans in the early to mid-1900s, many of the stone grave markers have become chipped and broken. Pieces remain, but whole sections of names and dates of deaths are missing. About 10 years ago  Doddrick Quincy, a 16-year-old Boy Scout of the South Plains Council, lead a crew of Troop 333 Scouts in restoring the cemetery as part of his Eagle Scout project. The Scouts had to find unmarked graves and try to learn who is buried in each plot. The cemetery was built by the Mt. Zion Church, an African-American church built in 1924. 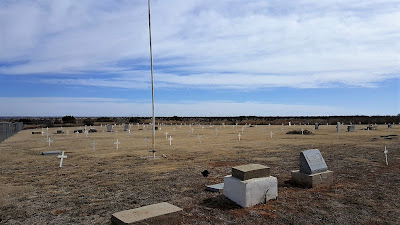 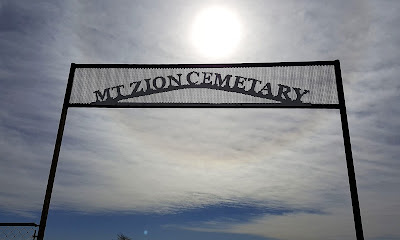 Our next cache was near an intersection that had four historical signs telling about a nearby ranch, the Texas Rangers, Old Dewey Lake, and the Mackenzie Trail. Though there wasn't anything there to see or take a picture of, it was interesting reading.

Moving along to another cache (GCHRXD) at a Texas rest area along US-82. This was a fun rest area! There was a creek running along the back side with a hiking trail. Now you can't pass up a hiking trail! 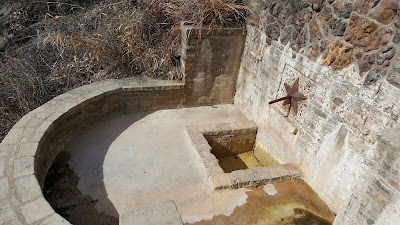 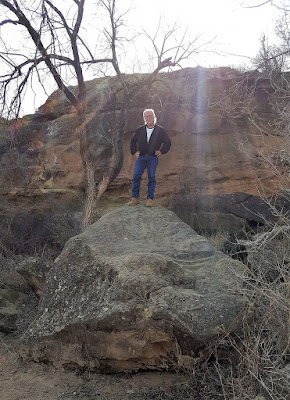 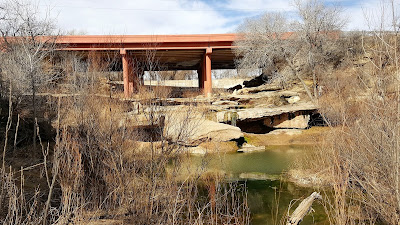 Our next cache was one of those out-of-the-way lonely caches that rarely get visited. Along the way we passed by some really great views and took some pictures. We also passed by a couple of historical signs. The first was about the Leatherwood School. To summarize it read:

This area of Crosby County was settled in 1898 by the family and relatives of M.G. Leatherwood. As other families began to arrive, the need for a nearby school became apparent. As a result, the Leatherwood Common School District was created in 1912.

The first classes held in the spring of 1913 in a one-room schoolhouse on land donated by M.G. Leatherwood, were taught by Ellsworth Ham. The location of the school was changed twice before it was moved to this site at the eastern edge of the county.

At the height of its growth, Leatherwood School employed three teachers who taught 36 students in a three room schoolhouse. The final classes were held in 1949 when the area was made part of the Crosbyton School District.

Another historical marker we passed:

The Pansy Baptist Church was organized in 1905 to serve the residents of the Pansy community. Church services were conducted in the school building until when the congregation constructed its first sanctuary. An arbor was built on the church grounds for revival services.

After a couple of moves and rebuilds, the latest being in 1965. Through the years population dwindled in the rural community of Pansy. In 1995 the remaining members voted to disband. The church building was donated to the Mt Zion Baptist Church, an African-American congregation in Floydada. The building was moved 32 miles by 140 volunteers. 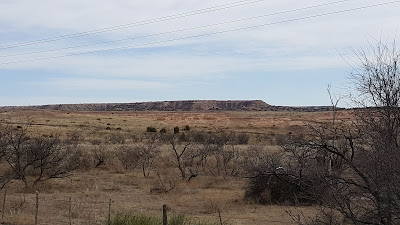 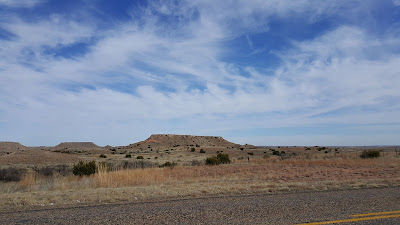 We finally arrive at our next Geocache (GCHRBA) called Cosmic View. A scenic area of the canyon and almost a year since the previous cacher logged a visit. It was definitely worth the trip though. We each took a turn for a photo and then a panoramic view. 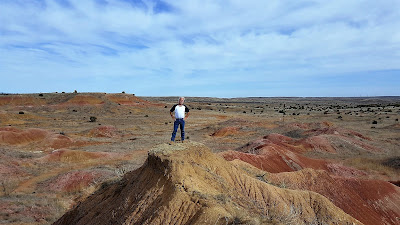 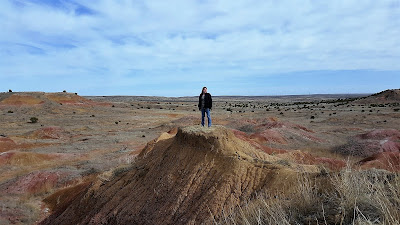 Our next stop was Red Mud Cemetery (GC4ZZ83). First known as Tap Cemetery, as the little town of Tap was about 1/2 mile NE of this site. As Redmud Creek was nearby, it later became known as Redmud Cemetery. Will Barger homesteaded this land, and was shot by a neighbor in April 1886. His wife died of TB in July 1886 and was buried by his side. The number of graves increased and in 1906 the land owners on the north and south gave one acre each for the cemetery. In 1909 a group took the care of the cemetery as a project and the day for the annual cemetery working was set on June 6, it is still observed each year. 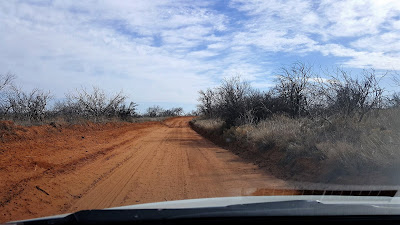 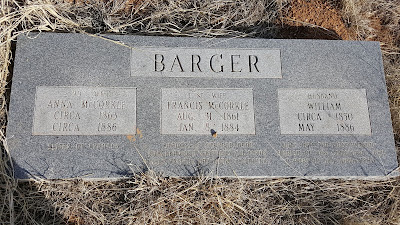 So as we were walking around the cemetery, we spotted this odd headstone. At first glance it looks as though Ida Peterson died BEFORE she was born. But after closer inspection, it seems as though they stamped the "9" in 1948 upside down! 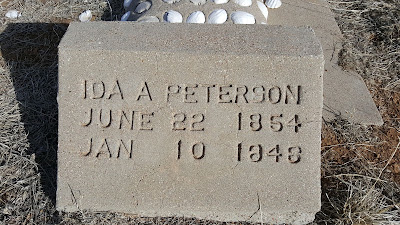 We found a total of eleven caches for today before heading back home to end another great weekend of Geocaching.
Posted by Mark at 5:03 PM