This weekend was another road trip up to South Carolina to pickup Candy's grandson at "South of the Border", to spend the summer with us. But we also had a couple of other activities yesterday to attend to before leaving which made for a busy weekend.

Heading out early yesterday morning over to Melbourne Beach, FL, Candy had an appointment there. While she was at her appointment, I decided to go Geocaching (of course) down this trail a few blocks south. Maritime Hammock was about a three mile loop trail and I managed to find two caches there. 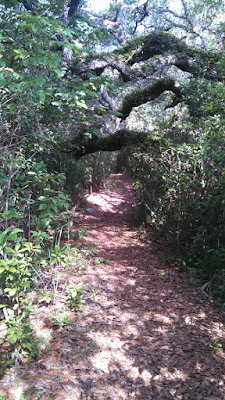 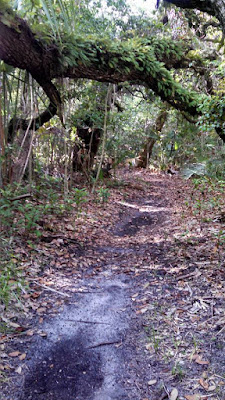 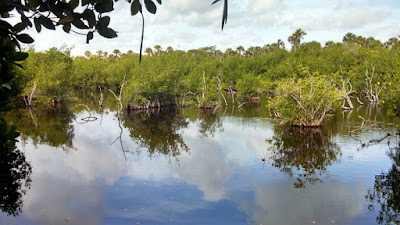 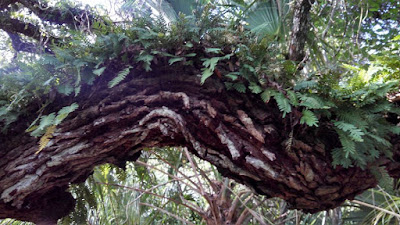 After the hike, it was back to pickup Candy and quickly drive back to Orlando. There was the Geocaching event at the Greek Flame Taverna of which I was the host to attend to. However with this last minute trip up to South Carolina, we weren't going to able to stay long. I also made arrangements with cacher friends QQnonrev to be there for the start just in case we were late getting over from Melbourne Beach. Which was the case. We arrived late, greeted everyone, a quick lunch, and we were out the door early too heading northbound.

I knew it was going to be tight on time, however when making these trips you just have to make an occasional stop to break up the time. Plus now that we're trying to complete our Geocaching counties map, there were several along the way to get.

Our first stop was at the same exit for both Liberty and Mcintosh Counties. One stop, two caches and two counties! One more county stop in Georgia and another in South Carolina, we continued up to Dillion, SC and checked into the hotel for the night. 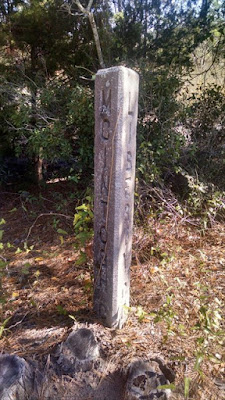 This morning Candy and I drove up to the next exit, at the famous "South of the Border" Mexican themed tourist trap on the border of North and South Carolina's. We managed to find two geocaches there before her grandson showed up with his father at the rendezvous location. 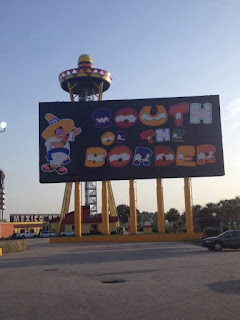 Heading south now back to Orlando, we stopped two more times in South Carolina to find ordinary caches in two new counties. The next stop however was a bit more interesting! A virtual Geocache called Area 51-SC, located in Bowman, SC. Not sure of the story behind this place, but it on the side of this house and I think the owner just went crazy with his utility shed building a UFO Welcome Center! The things you find while Geocaching! 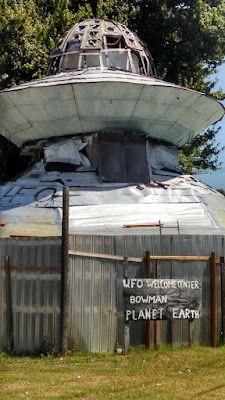 On the way to another cache to pickup a new county, we were driving down this rural road and passed by this house with some really cool metal fabricated yard art. We just had to stop and take some pictures! 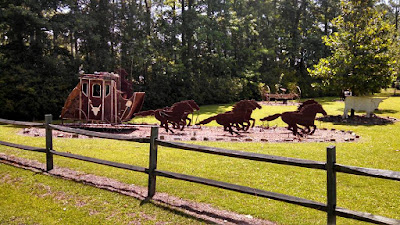 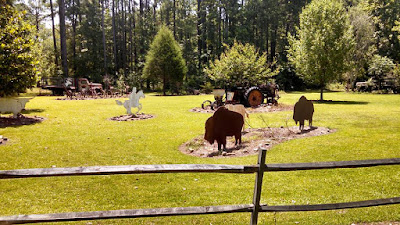 Another weekend and another road trip behind us. I guess this was a practice run for our summer vacation which begins next week. I hope you'll join us.
Posted by Mark at 12:01 PM