Today was moving day! Our time here in Jasper is over and it was time to move on to the next location. Candy's next job assignment is across the state over in Lubbock, TX. Even though we're staying within the same state, Texas is a BIG state! So we got an early start this morning, heading out about 6:30 am.

We drove our usual weekend route up US-69 to Lufkin, stopping at Cracker Barrel for breakfast and then Starbucks for coffee. From there we continued north up to Jacksonville. Hey, we're back in Florida! No not really... we passed through Jacksonville, TEXAS. There, we turned onto US-175.

A few more miles up the road, we came to our first Geocaching stop in the town of Poyner. Located in Henderson County, another new Geocaching county for us. The Poyner Cemetery cache (GC1N6A2) was a quick find and once again we were on our way. 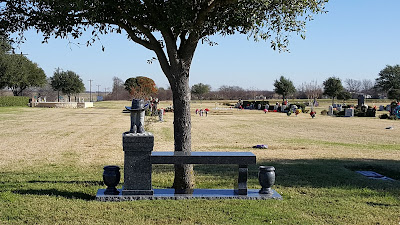 Continuing even further and our next new county needed was another cemetery cache. Located in Van Zandt County Texas, was the Cedar Creek Cemetery. There were two Geocaches in this cemetery (GC4FBJA & GC1986Y) and we found them both.

We finally reached I-20 in South Dallas and headed westbound. Our next county needed was Parker County, just west of Fort Worth. It was a quick park and grab cache (GC633FF) at the gate of a closed church right off the interstate.

Next stop was some history in the ghost town of Thurber, TX. The reason we like Geocaching is this virtual cache (GCB72B) reminding us to exit the highway and step back in time. Thurber was a once thriving coal mining community from the 1800's and once the largest city between Fort Worth and El Paso. The four photos below are the original smokestack from the former power plant, an old office building, the remains of the Thurber Mining office, and that of the old fire house. In it's heyday, Thurber had a population of 10,000. The town was officially dissolved in the 1940's and today's unofficial population is 5 people. 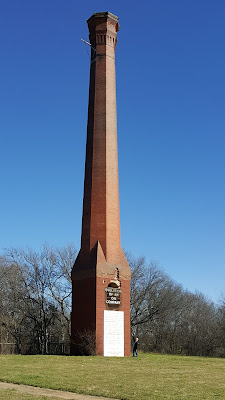 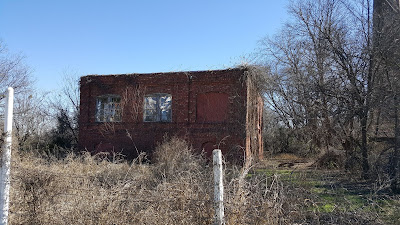 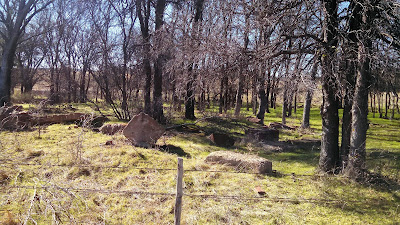 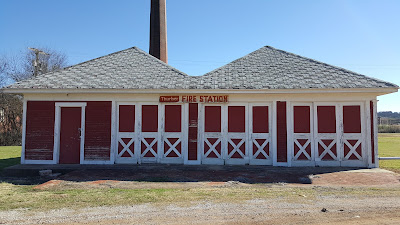 Another quick Geocache on the outskirts of Abilene for a find in Taylor County and a few miles later at a rest area in Nolan County. After passing through Sweetwater, we turned onto US-84 northbound. We passed by this huge windmill farm and pulled off onto the shoulder of the road for a photo opp. 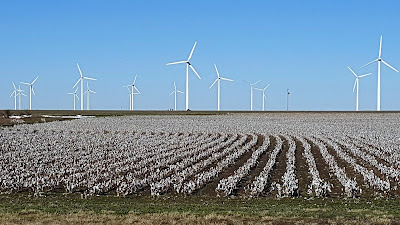 Finally arriving in Lubbock after almost 600 miles and about 10 hours later, we see LOTS of snow on the ground. It seems as though they had a blizzard pass through here about a week earlier. We'll be in a hotel here for a couple of days until they get an apartment ready. Thanks for riding along and we'll soon go exploring and Geocaching around West Texas. 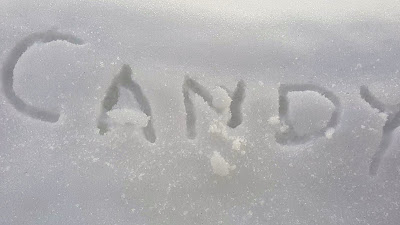