So today is Christmas day and with family and friends back in Florida, it would've been too much to try and make it back there for a 3-day weekend. And so another day off also means another drive up to Lufkin for a Starbucks coffee. Surprisingly they're open on Christmas morning. Then Geocaching afterwards.

This time leaving Lufkin, we drove north on US-59. Our first stop was at the Walker Cemetery in Angelina County and our first cache for the day (GC5MB7P). In 1846, Thomas R. Walker moved into the area from North Carolina. In 1851, he wed Emily Z. Briscoe, and the couple farmed and reared their children on their homestead. Walker served as county sheriff and county judge, and was a member of the local masonic lodge. Upon his death in 1877, Walker was buried in this cemetery, which had been established before he purchased the land in 1858. Originally known as Red Land cemetery, this burial ground was in use for decades before Walker was buried here. One early marked grave is that of Nathaniel S. Abney (d. 1855), the young son of settler Paul C. Abney. 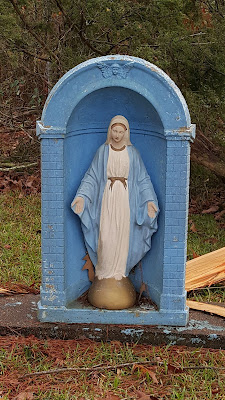 Further up the road and a couple caches later, we arrived in Nacogdoches. The next cache was at the local fire station. A tribute to firefighters and rather HOT cache! 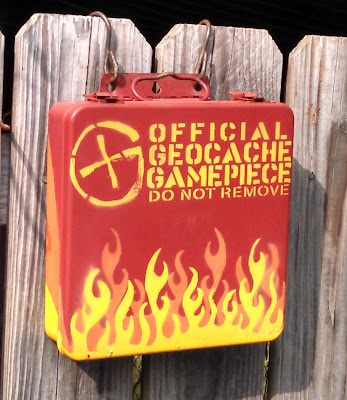 We also visited the local cemetery of course, the location of yet another Geocache. Only this one was really hard. Hidden at the base of this old magnolia tree underneath a kazzilion leaves! Eventually found the string, but no container. Reading previous logs, it seems as though several others have had the same issue. Went to the car and found a replacement container to continue the cemetery caches. 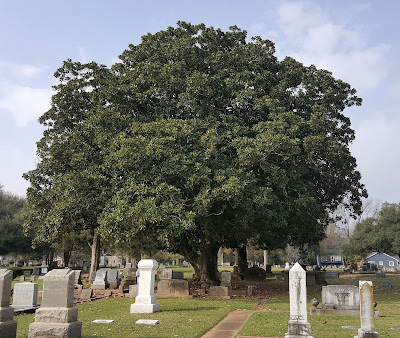 I know it may seem like it at times, but our adventures are not always about Geocaching. When we see nice locations, we usually take some time to enjoy them also. One such place was the Lanana Creek Trail. It was a nice relaxing stroll along the creek. 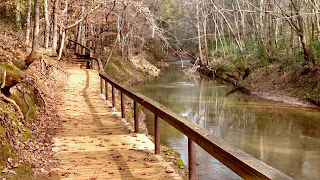 While driving around town grabbing caches, we noticed a statue which was a tribute to the towns country doctors over the years from back when they used to make house calls. Another statue was of Karle Wilson Baker (1878-1960), nationally acclaimed and nominated for the Pulitzer Prize for poetry. 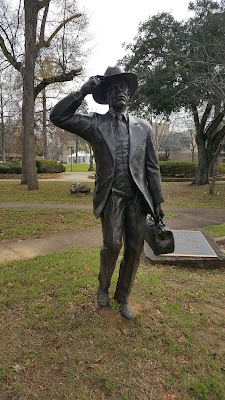 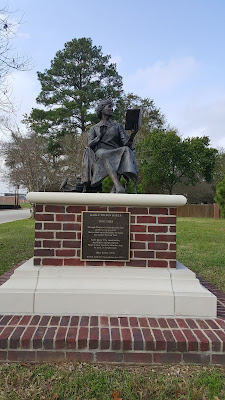 Our next Geocache was a virtual cache for this old fort. The Stone Fort Museum is housed in a 1936 replica, built on a new site, of Don Antonio Gil Y'Barbo's stone house. Y'Barbo, the founder of present day Nacogdoches, built the stone house circa 1780 as the formal portals to the Spanish District of Texas. The original site of Y'Barbo's house, torn down in 1902, is the corner of Fredonia and Main Streets in downtown Nacogdoches. During its history, the original house served variously as a public building, grocery store, candy store, saloon, and as a temporary fortification during the Magee-Gutierrez, Dr. James Long and Fredonia Rebellion filibusters. 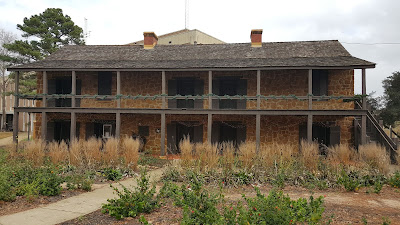 This next cache I'm highlighting was a puzzle cache (GC5NFZA). This one took a lot of creativity and thoughtfulness! It also drove us CRAZY trying to figure it out! We must have spent 30 minutes trying to figure out. After reading previous logs and watching a YouTube video, I finally had a clue and opened it in minutes! WOW, What a fun cache! 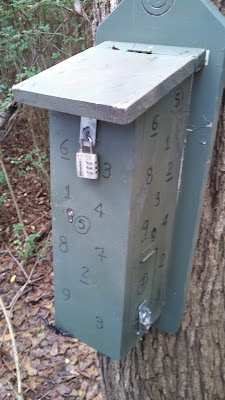 The last stop in town before moving on was at this old railroad train. This Shay 36-ton Locomotive was built in 1907. There was supposed to be a cache hidden there by the tree, but we didn't find any evidence of one. 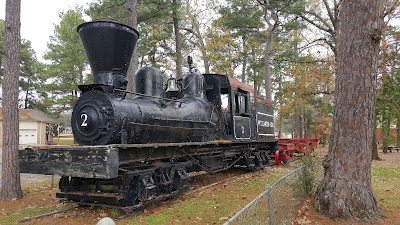 After leaving Nacogdoches, we headed over towards Timpson. There were several newly placed caches that had yet to be found. However, when we finally made it over to them there was another Geocachers name at the top FTF spot. Just 3 hours earlier! Perhaps if we ran our day in the opposite direction... so while we opted for coffee first and Nacogdoches next, we missed out on FTF's. Oh well, still a good day!
Posted by Mark at 10:50 PM