Today was cemetery day! Well not really, but it sure seemed like it. We decided to go north today up to San Augustine. Candy is from St. Augustine, FL, so we wanted to see what the sister city in Texas was like. And pick up a new county.

Driving up US-96 on this cool Sunday morning, we turned west on Hwy 255 in Brookeland. Our first Geocaching stop was a Travel Bug Hotel (GC5PX6D) near a church. We had three TB's with us, so now they've checked into a hotel to be carried along by the next cacher.

A couple more caches later and we drove over by the dam to get a good view of Lake Sam Rayburn. 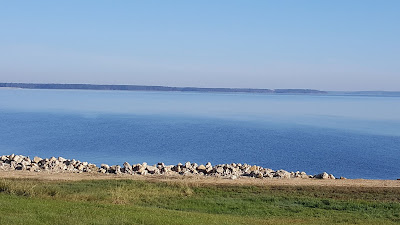 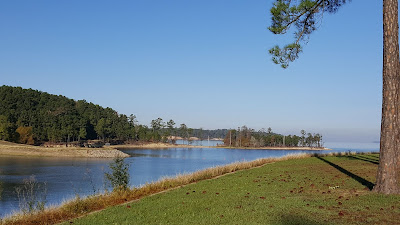 After enjoying the scenic views, we drove back over to US-96 northbound and into San Augustine. It looked like a nice little town, established way back in 1832 with land owned by Thomas S. McFarland. The town was named after Presidio de San Agustin de Ahumada. 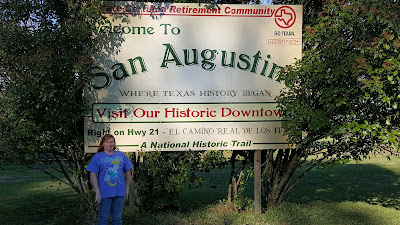 The first cache (GC2TK08) in San Augustine for us was the grave site for Rev Samuel A. Williams. Born in Tennessee in 1804, he became a Methodist minister in Tennessee, Alabama, and eventually East Texas in 1938. He died in 1866 and was buried at his home in San Augustine. 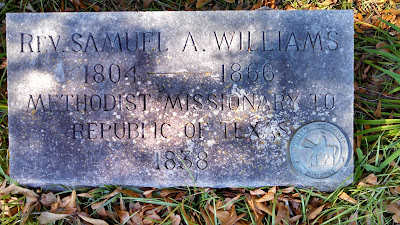 The first cemetery cache for the day was the Lewis Family Cemetery (GC2TK08). Located just outside the city limits, this sad, neglected cemetery has just a few headstones visible. 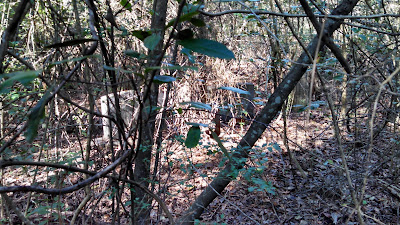 Back into civilization and in the town center was our next cache (GC2TJX3) and a step back into history. This once barbershop still has some of the old sinks and shoe shine chairs left in place. According to the cache owner, it was one of the last old time barbershops in the county before it closed. 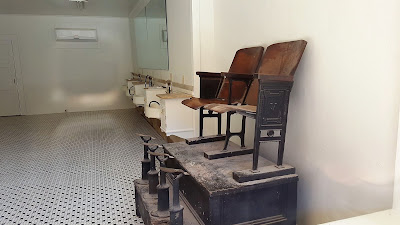 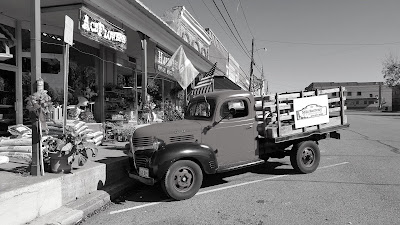 Cemetery #2: The San Augustine City Cemetery (GCNNVG) with interments dating back to the 1830's.

Not related to Geocaching, but as you wander about going from cache to cache you still see some interesting things. Like this structure which appears to be some sort of water wheel that may have powered some sort of mill equipment. Not too sure. It was just next to a house down some back road. 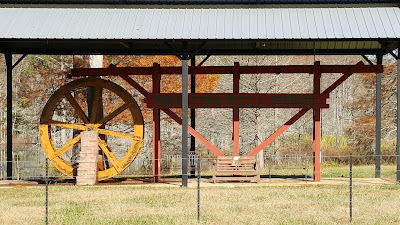 Also in town was this old church building. There was a cache located at the nearby Methodist church, but I thought this smaller one actually had more character. I think the Methodist church as a congregation was older, but the building was newer. This Episcopal church was built in 1869. 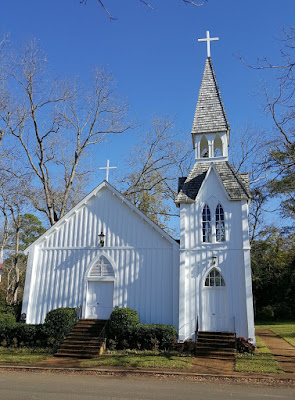 Another cache (GCJ130) brought us to some history which we didn't really get a chance to explore because it was closed. It took us to the site of Mission Delores which dates back to the very early 1700's. They had some short trails which snaked through the Piney Woods a little bit which was a nice stroll. 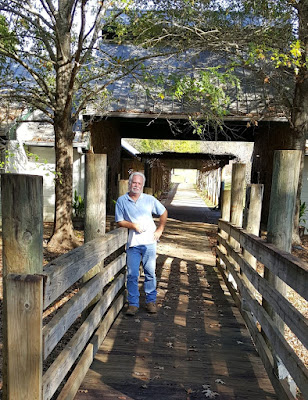 We then drive over for another cache by the boat ramp at City Lake. It was a nice scenic and relaxing view, so we just hung out for a while before continuing on. 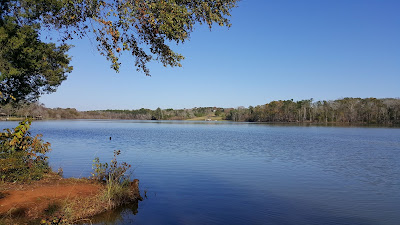 Cemetery #8: Roberts Cemetery (GCRRZA), though we had to DNF this one.
Cemetery #9: Parker Cemetery (GCPF6X)
Cemetery #10: Chinquapin Cemetery (GCNNW7), began with the Loggins family in 1839.

Next cache (GCRVNZ) was a roadside memorial for the 7 Columbia Crew members. On February 1, 2003 as the space shuttle was reentering the earth's atmosphere, it broke apart and all 7 of the crew were lost over the piney woods of East Texas. Near this site, a mission patch was found. A small makeshift memorial consisting of a bed of white rocks with 7 American flags were placed on the shoulder of the highway. 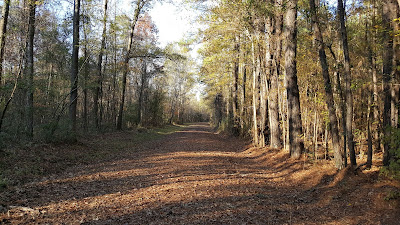 Overall we visited 11 cemeteries and found a total of 28 caches, learned some history, and saw some great sites in a lovely old town. Where to next?
Posted by Mark at 10:39 PM