YIPPEE! It's Vacation Time!! Time for another week long road trip! This year the destination is Mackinaw Island, Michigan. We left Orlando last night after work driving I-75 all the way to Valdosta, Georgia where we stayed the night.

This morning after breakfast, we continued up I-75 and stopped in Macon to start Geocaching. Macon, GA is in Bibb County which we needed to complete our Geocaching county map. While we're traveling, I try to find caches of interest in a county instead of just getting the first one we come across. This allows us to do some sightseeing too. A quick way to figure out caches of interest is to look for virtual caches. Macon had a LOT of virtual caches too!

The first was this statue on a bench of Jesse Mercer, the Baptist founder of Mercer University. 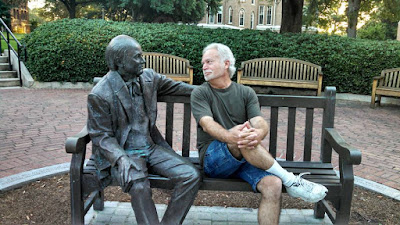 Not too far from there was the Rose Park Labyrinth. They say labyrinths are a way of finding yourself through meditation as you follow the path to the center. I don't know about. I have a GPS. 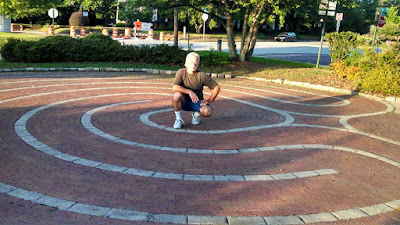 Next stop was the Holt House, built in 1853 by Judge Asa Holt. It's more commonly known as the cannon ball house because it was hit with a cannon ball during the civil war. 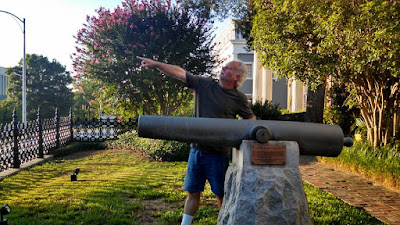 Then we went over to Gateway Park to find this statue of Otis Reading. It was a pretty cool place with benches facing the statue and speakers in the ground playing music. 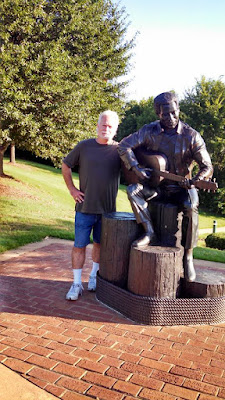 From there we took a nice stroll along the Ocmulgee Heritage Trail along the Ocmulgee River front. It was a lot of fun! But by now it was getting just past noon and we were not getting very far. So we skipped the rest and jumped back on I-75 northbound. 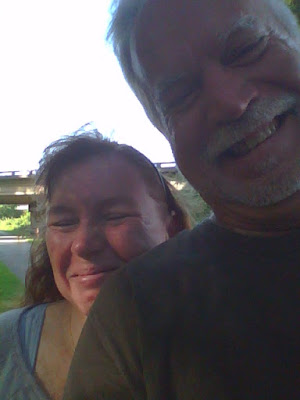 We picked up a few more caches in new counties on the way up to this historical Confederate Cemetery located in Jonesboro, GA. There are several hundred unknown soldiers here. 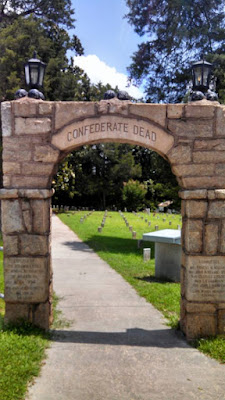 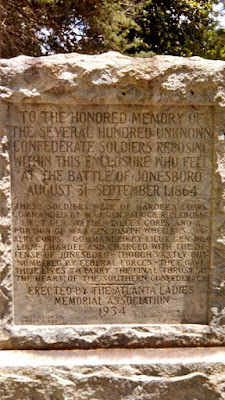 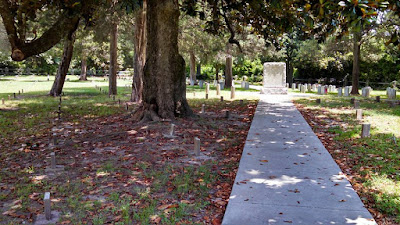 The next historical site and virtual Geocache is located in Calhoun, GA. This Cherokee Indian Memorial was erected in honor of the Cherokee Nation in 1931 on the site of New Echota, the last Capital of the Cherokee Indians east of the Mississippi River. At the time, it was recognized by the U.S. Supreme Court as an independent community and was the only group of American Indians to adopt a Republican form of government based on a written constitution. 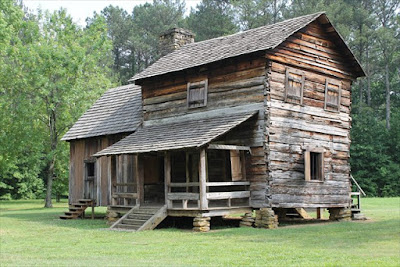 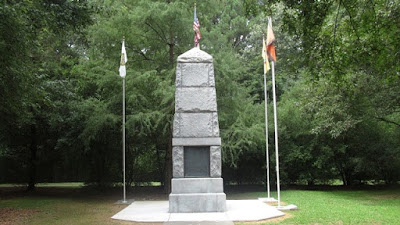 Crossing over into Tennessee, another historical virtual cache is another Confederate Cemetery. Less than a mile off of I-75 in Chattanooga, TN, an almost forgotten cemetery with many unknown soldiers buried. 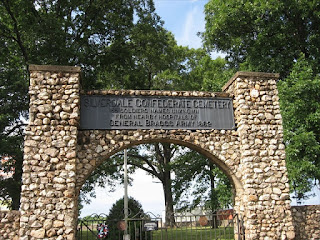 Our next stop heading north was in Cleveland, TN. On October 18, 1871, Dr. Gideon Blackburn Thompson was taking his 7 year old granddaughter for a buggy ride when the horse got out of control and took the buggy into the path of a train. The Dr was thrown from the buggy and survived. However the little girl Nina had died. The entire town was saddened by the news and many came to the funeral. The girls father was a devout Episcopalian and because Cleveland Episcopalian's did not have a church building, he vowed to build one in Nina'a honor. Three years later the church was completed and dedicated on the anniversary of Nina's death. Not long after he had the mausoleum constructed behind the church and her body was laid to rest inside, which you see below. 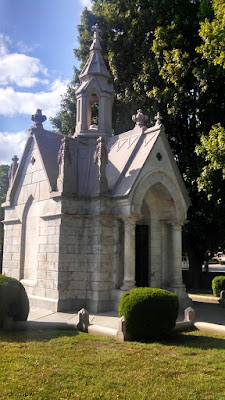 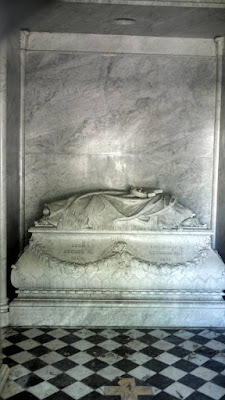 By now it's getting late in the afternoon. We had dinner and found a hotel for the night. What a busy day! We ended with 20 virtual caches, 7 traditionals, and 1 web cam cache for a total of 28. We saw and learned a lot of history. What's in store for tomorrow? Come back and see.
Posted by Mark at 9:40 PM