For today's Geocaching adventure, we drove down to the most south east point along the Texas and Louisiana state lines. There were a couple of virtual geocaches we wanted to find. So we headed on out down US-69 towards our destination.

Upon arriving in Port Arthur, we saw an IHOP and decided to stop for some breakfast. As we were seated at our table, I opened the Geocaching app on my phone to see what was around.  Lo and behold there was a cache just 127 feet from our table! Right there in the parking lot! So of course that was our first cache find for the day.

After leaving IHOP, we drove on down to Sabine Pass Battleground State Park. This site is where Lt. Richard (Dick) Dowling and a single company of Confederate artillerymen stood their ground and defeated a Federal naval force that attempted to land troops here to begin the invasion of Texas. Though ordered to spike their cannons and abandon their posts by their commanders, Dowling and the mostly Irish cannoneers forced the surrender of the entire Federal force being quite surprised to be defeated by such a small group of determined men. 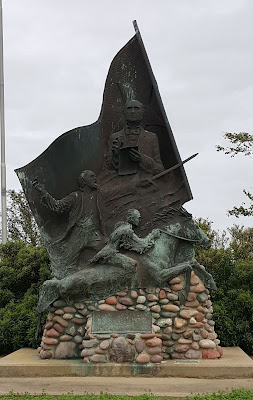 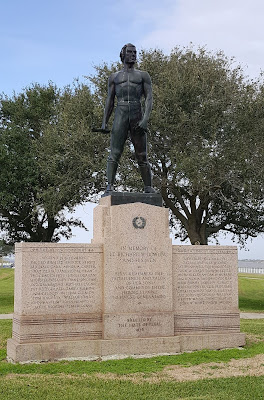 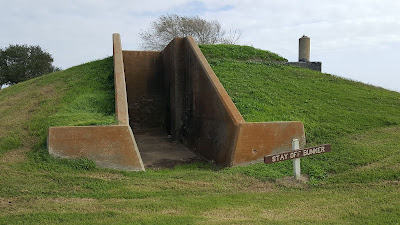 We walked around the park looking at all the monuments, statues, and plaques learning about the history of what had happened here those many years ago.  We gathered the information we needed to claim a find on the virtual cache as well as finding two other traditional caches there.

There was another virtual cache far down at the tip of Sabine Pass, but the road going down to it was full of pot holes. Some of those pot holes were pretty deep and I just wasn't comfortable trying to maneuver the GeoPrius all the way down. I managed to get within one mile, but decided not to go further. We'll have to return another day when we feel like walking down there.

But on the way down and back we saw many oil rig platforms along the Sabine Pass Channel, I assume being repaired for maintenance. These things are huge! Something else we Floridians don't ever get to see are these tall chimneys at the oil refineries with flames burning at the top. These are pretty cool to see at night too! We also caught sight of a huge oil tanker ship headed back out to sea. I assume that with the direction it was headed and riding high on the water, that it had already unloaded it cargo of crude oil. 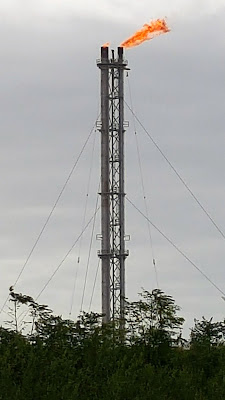 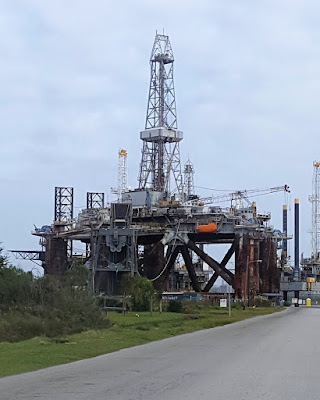 We then drove back north to Port Arthur picking up Hwy 82 to cross over the Channel over to the other side. Eventually crossing over into Louisiana, we continued to stay on Gulf Beach Highway until we got right along side the Gulf Coast. There we stopped and took a walk along the beach and gathered the required information to claim a find for an earthcache. 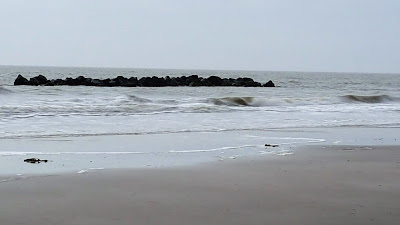 This was also a good chance to let our GeoDog Max out for a walk. Though I get the impression he wasn't too impressed with the whole idea. He has the expression on his face as if he was saying: "There's no trees, no bushes, no fire hydrants... it's just a giant litter box for cats! What am I supposed to do here?" 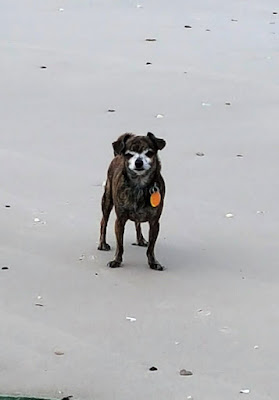 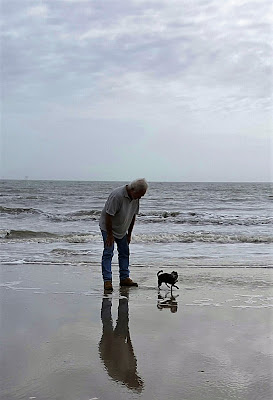 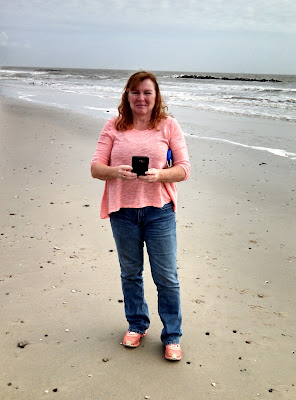 Starting to head north now to pick up I-10 and head back to Beaumont, we picked up a few more Geocaches along the way. But the mosquitoes were ferocious! We even passed up a hike here at the Creole Nature Trail because of them. 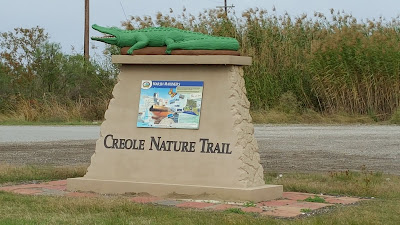 It was another fun filled day with history, nature, seeing where oil and gasoline is made, and just spending time together. Where are we going tomorrow? Not sure. You'll just have to come back and see.
Posted by Mark at 2:06 PM